Published by FileTrekker 2 years ago , last updated 11 months ago

I've been waiting so long for Red Dead Redemption 2 to released on PC, and finally, that date is on the horizon, with the game coming to Rockstar Game Launcher on the 5th of November. For those living under a rock, the game is a prequel to the hugely popular Red Dead Redemption, and tells the story of Dutch Van der Linde and his gang as they try and survive in a world where the Wild West is coming to an end.

Despite having completed the game already on PS4, I am still super excited for the official PC release, and here are eight reasons why;

Red Dead Redemption 2 is probably one of the most detailed, drop-dead gorgeous environments I have ever had the privilege to play in a video game. The game world is huge, even encompassing the entire America portion of Red Dead Redemption 1 only to use it for a few side missions and easter eggs (Red Dead Online aside). 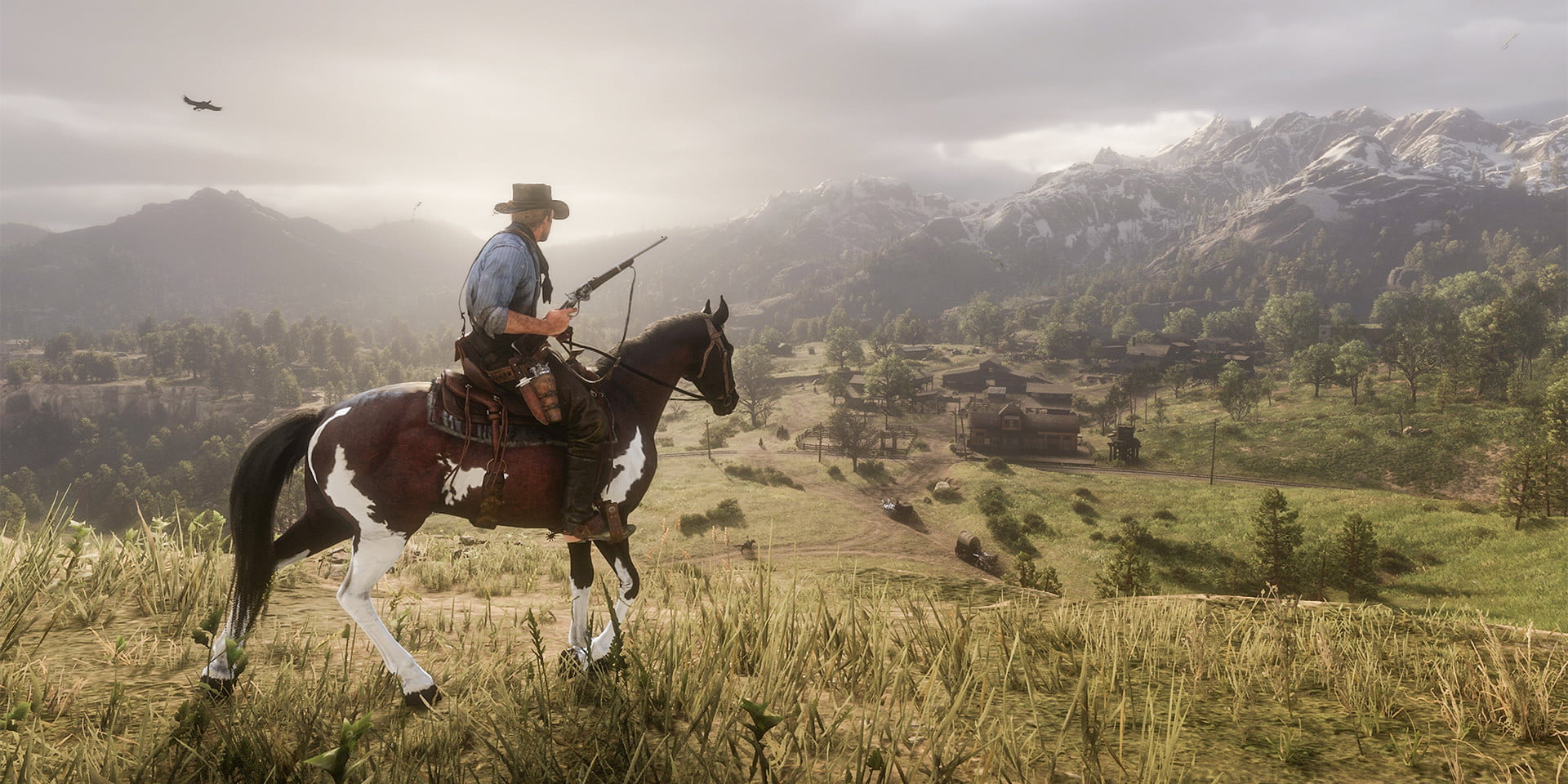 It's not just the scale, though, it's the realism of the environments. You can loose hours just exploring the game world and not doing much of anything, everyone and everything feels like it belongs and plays out in a perfectly natural way. You're transported to the various towns and even huge cities in the form of Saint Denis, which you could spend hours in alone enjoying the various stores, saloons and shows.

This is a game you'll truly want to immerse yourself in.

And leading on from that, one of the benefits of playing on PC will be the scope for better graphical fidelity. To be fair, the Xbox One and PS4 versions hold up really well, but the PC is always on the cutting edge of graphics technology, and this gives the game more future proofing.

Ultrawide resolutions, higher resolution textures and graphical effects, and may even ray-tracing could all be possibilities further down the line, which will make an already wonderful environment even more drop-dead gorgeous.

Generally Rockstar PC ports such as GTA V contain a few enhancements over the console versions, so hopefully the extra development time for PC will include some graphical bells and whistles.

Red Dead Redemption 2 has probably one of the best scores I've ever heard in a video game. Composed by Woody Jackson, who also worked on the original Red Dead Redemption, it really feels like you're in a full blown motion picture, with original songs by artists like Willie Nelson also featuring in the score.

The general sound design is also just next-level stuff for a video game, with every little detail from the sound of a waterfall to the chirping of crickets just sounding perfectly natural and wonderfully detailed. Even the wind blowing through the trees or the sound of animals in the distance just sounds wonderfully spot on.

I can't wait to give this game a try on my 5.1 speaker setup.

5. Living the life of a cowboy

The game environment really is incredibly detailed, but the characters and NPC's you encounter within it are equally so. It's possible to live the life of a cowboy outside the general missions and side quests. Every character within the game reacts to you and your actions in a realistic way I've yet to encounter within another game.

The key to this realism is the longevity of your actions, too. One classic example given to me was walking into a shop and shooting the shopkeeper in the leg. They'll dissapears for a few days, and when they return, they'll have a wooden leg instead. That's phenominal attention to detail.

It comes back to haunt you, though. The folks within the town don't just randomly change like mindless random NPC's - they'll remember you and the actions you've committed, and if you've made a bad name for yourself, will treat you poorly, be wary of you or even mutter obscenities about you as you walk past them.

4. The length & depth of the story

The storyline of Red Dead Redemption 2 is probably one of the most deep, detailed and emotionally turbulent of any game I've played to date. Every character in the game is wonderfully acted - and I do mean acted - by a stellar cast who really make this feel more like an interactive movie than a traditional videogame. Each character has real depth, especially characters like Dutch Van der Linde, the leader of the gang and a really complex and deep character who is more shades of grey than black and white. 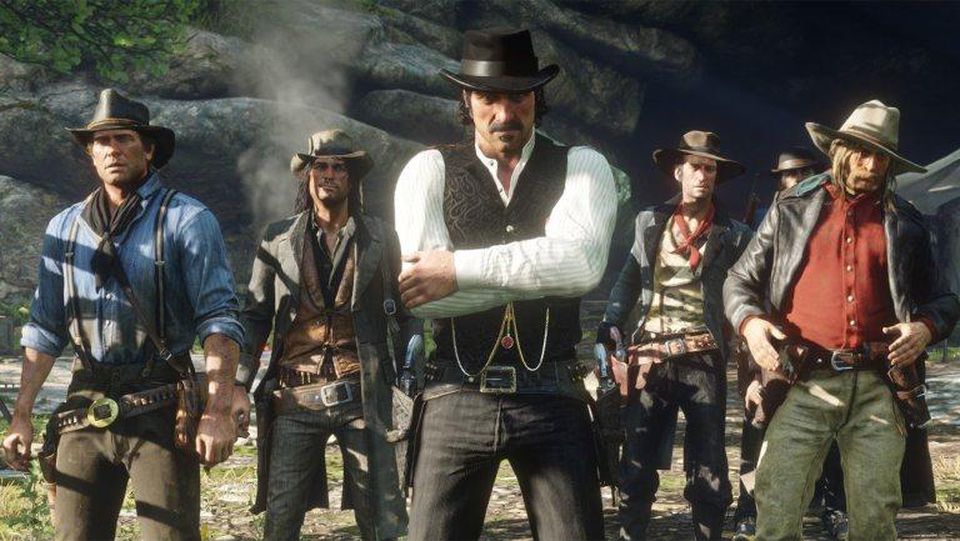 The main character of the main portion of the game, Arthur, is equally deep and learning his story is truly fascinating. There's many shocking turns along the way, which I won't spoil here, but he really does go on an emotional journey that I can't wait to relive on the PC version.

It's a huge, epic 80 hour storyline that never looses it's fascination and you never know where it will turn next. Despite being a prequel, I've never been more genuinely surprised at some of the twists and turns the story takes.

Oh boy, here's a big one for us - modding. GTA V has a huge modding scene, and I have little doubt that Red Dead Redemption 2 will continue in that fine tradition. Given that the first game never released on PC, there's a lot of pent up energy among the modding community, and I expect to see some pretty wonderful things in short order.

The most enticing possibility? It's only a matter of time before someone attempts to bring the Red Dead Redemption 1 story to the enhanced engine of Red Dead 2. Given most of the map already exists in the game, it's a no-brainer to me.

What mods would you love to see in the game? Let us know in the comments below.

This is a bone of contention for some, just as GTA Online is, and yes, it is a way of Rockstar monetizing a world they already have sold you, but for me it really is two games in one. Trust me, the single player campaign alone is well worth the price of admission, but getting a second game for free in the form of Online is more than enough icing on the cake.

There's plenty to do in online, apart from quests, there's various deathmatch modes, horse racing, and even a battle royale mode of sorts.

Even just exploring the world while there's other real players sharing that space with you is enough to add an extra dimension to the game, you never know what will happen next - it really is the wild west of online gaming.

1. The sense of freedom

Freedom is a really appropriate thing to feel when playing a game set in the old west, really, and Red Dead 2 has it in spades. You really can just go where the feeling takes you, and you'll be guaranteed to find something interesting to do, weather that's hunting, fishing, random encounters, side quests, easter eggs, or even just exploring the world. 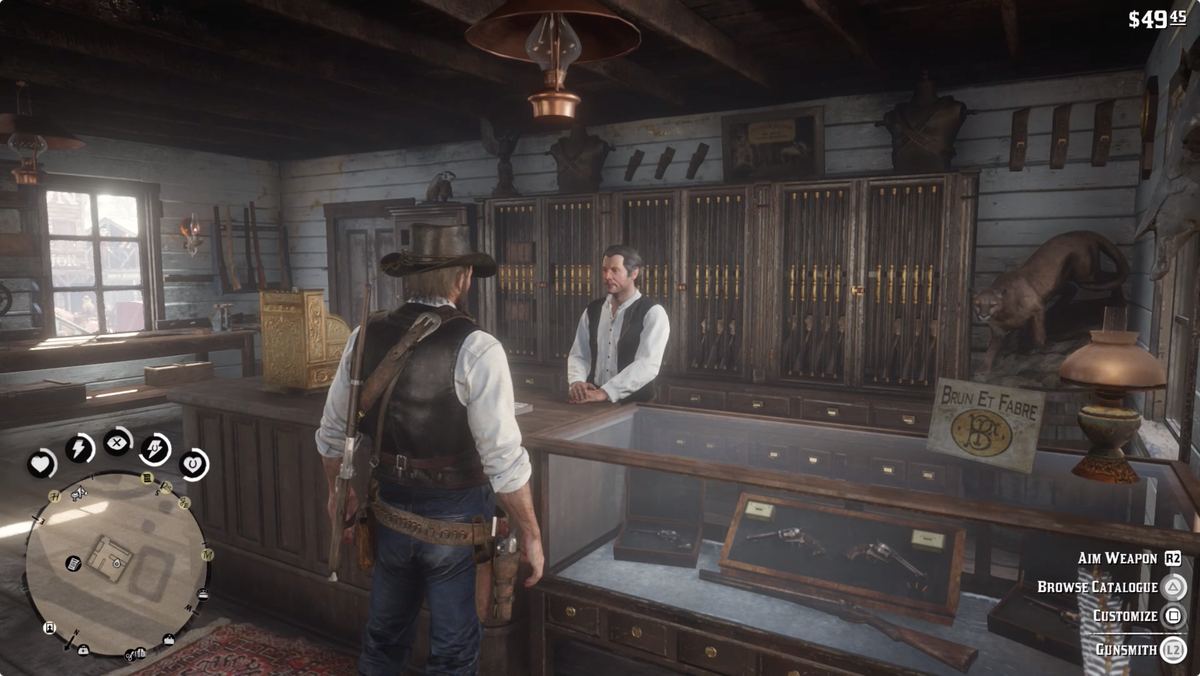 There's so much to see and do and you always feel like you've happened upon things by chance. The way that the side quests and the main story interweave is truly fascinating, and it really does not matter in what order you do things. Unlike in other games like GTA V or Red Dead Redemption, the game will make sense of what you've previously done before as you progress through the game. As such, each playthrough is never quite the same, and one reason why I want to experience the whole thing over again.