Following the dramatic end of Season 10, and as it turned out, Fortnite as we know it, thanks to the now-infamous black hole, the game has now returned under the new guise of Fortnite Chapter 2. Season 1 of Chapter 2 is now underway, and we've got all the details of the changes right here.

Firstly, the gameplay changes introduced in Chapter 2; there's a new selection of weapons in the game which have now been streamlined, with new upgrade paths for each of these. There's also a new XP system for battle pass, and the mechanics now should hopefully require less grinding.

Other gameplay changes include the ability to carry teammates to safety if they are down, and you can even now use a healing bazooka if your teammates are low on health.

The map is the big change though, and features quite a lot more water than the old one. There's new game mechanics as a result of this, such as fishing, swimming and even boats. Other map changes include explosive barrels dotted around the map, which can be quite useful in certain situations, and giant haystacks that you can hide in to try and evade enemies.

The new map is quite a bit different to t he old one, but includes some familiar names such as Salty Springs and Retail Row. When you first launch the game, the new map is obscured until you've explored it, but we've included a copy of the full map below for you; 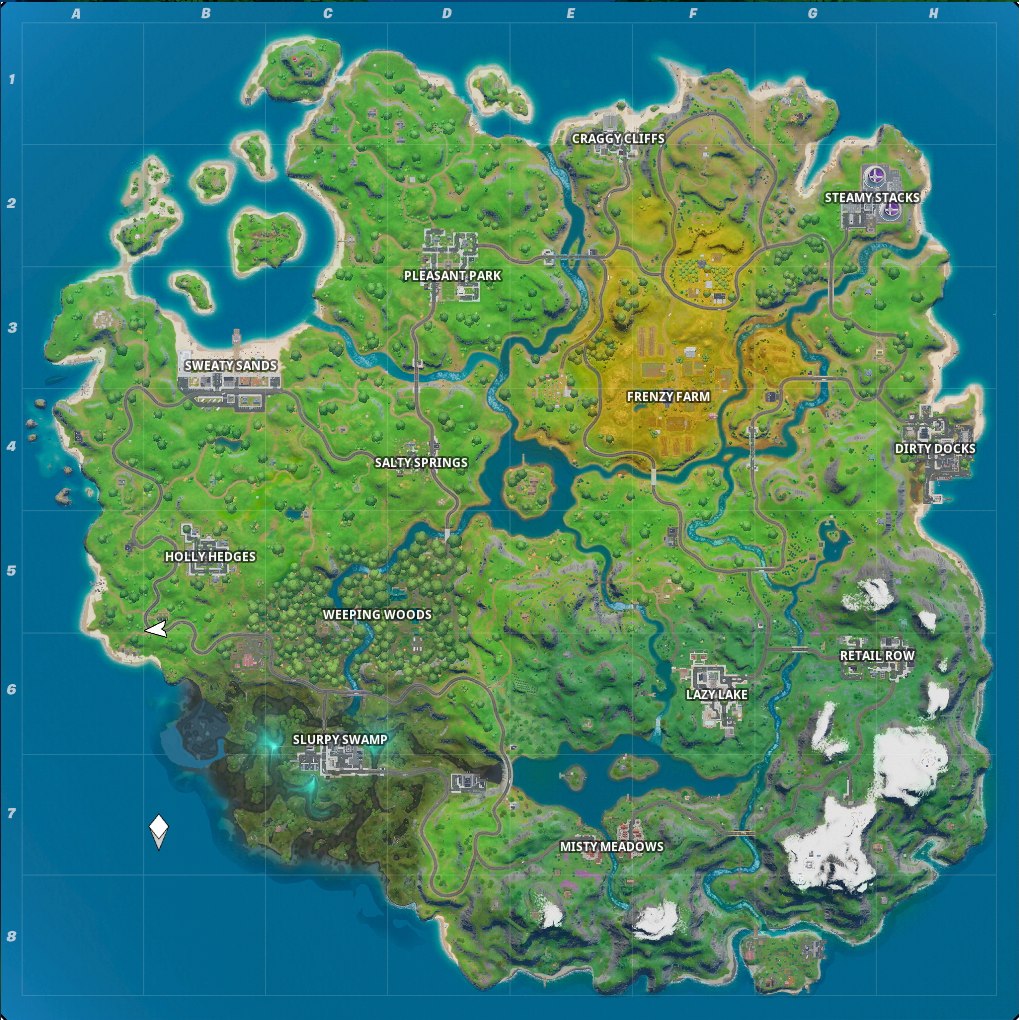 The new map hasn't got the usual desert and ice areas from previous, instead there's now a swamp to the southwest, as well as snowy mountains in the southeast, and an interesting area known as Frenzy Farm in the northeast.

The game has introduced New World Challenges to help you explore the new map, and there's also a new challenge to visit the newly named areas not returning from the old map. Doing this should also see you unlock plenty of XP for the new chapter.