There's been a lot of anticipation for the latest cards from team red, and now AMD have confirmed that both the Radeon RX 5700 and RX 5700 XT cards will be released this coming July.

The new cards are a brand new architecture known as Navi, although despite the 'new' claims, it has a lot in common and is more like a rework of the previous architecture. It will, however, ring a 25% performance boost over previous cards, despite having better power draw numbers, which means that the new RX 5700 XT will perform slightly better than the RX Vega 64 despite drawing less juice.

But in term of real performance, AMD released some benchmarks of the cards going up against the GeForce RTX 2070 and 2060 cards, and while you should always take manufacturer benchmarks with a pinch of salt, the numbers look quite impressive; 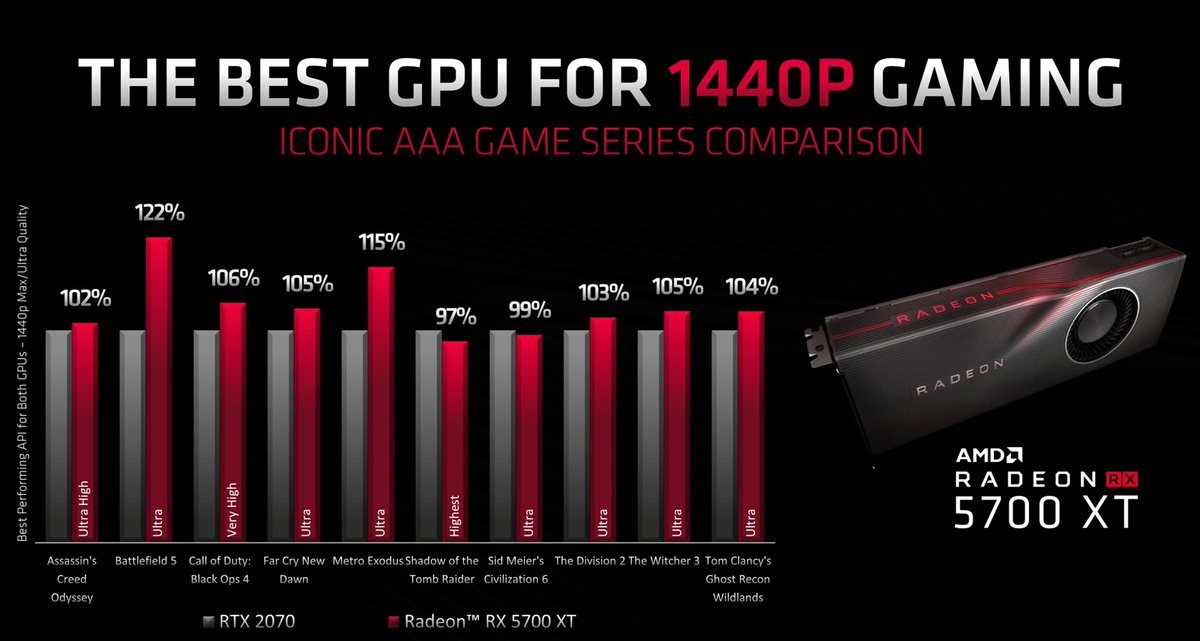 The RX 5700 XT will be a 225W TDP card and fabricated using the new 7nm process from TSMC. As you can see from the benchmarks above, the card does outperform the RTX 2070 on key AMD games such as Battlefield 5 and Metro Exodus - although results may swing the other way for games developed with NVIDIA in mind.

Now, the downside - the one thing AMD have over NVIDIA usually is price, but on this occasion the XT card is coming in at $449, which is barely any cheaper than the RTX 2070 which you can usually pick up for around the same price, but with ray tracing thrown in.

So it's certainly competitive, depending on your needs, but not the cheaper card we were hoping for. There will however, be a gold 50th anniversary version too, which will have higher clockspeeds - but a price of $499.