I don't really understand the appeal of character creators in games like Cyberpunk - I mean sure, it's cool if you catch yourself in a reflection, I guess, but for the vast majority of the time, it seems to have zero impact on the game.

Still, for whatever reason, people spend hours setting up the appearance of their characters - although one frustrating element of Cyberpunk 2077, in particular, is the fact you can't change your hairstyle or facial features once you've started the game. 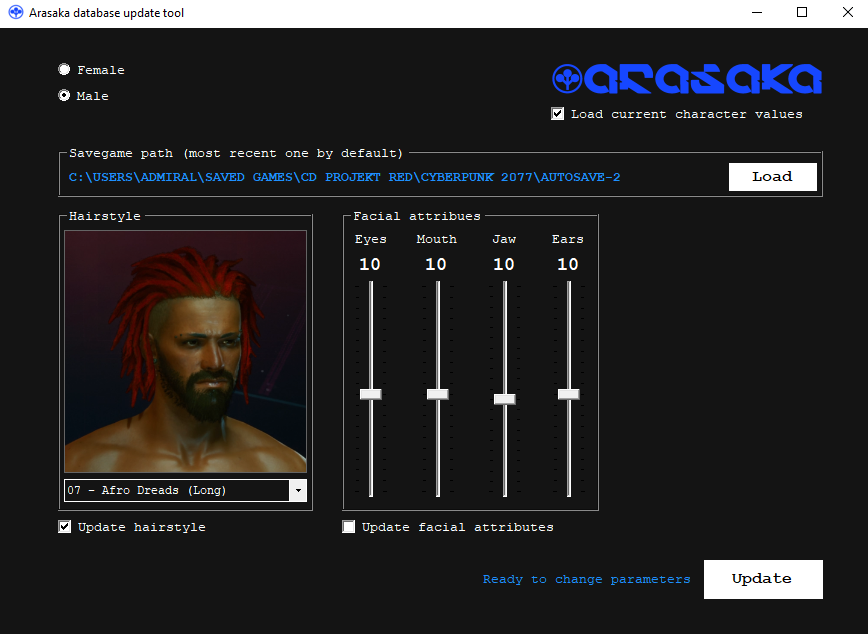 Fear not though, as modder Admiral has created a new tool that allows you to modify a save file to change your character's hairstyle and even certain facial features.  That's all it's limited to at the moment, so no changing the length of your schlong just yet, but it's still pretty cool.

Admiral plans to add other features from the character creator down the line, though - you can grab the tool now from Nexus Mods, or even check out some of the other hairstyles that can be added to the game if the ones that come with the game aren't to your liking.