We've had plenty of sneak peeks of Cyberpunk 2077's various districts, but we've not yet had a full look at the scale of Night City, the world in which the game is set - but thanks to ResetEra, who picked up on a recent leak, we can now get our first full look.

The leaked map is actually a physical paper one, which is due to be included with boxed copies of the game. As you can see from the images below, you can get a sense of the different districts, how they tie together, and a general feel for the size of the game world. 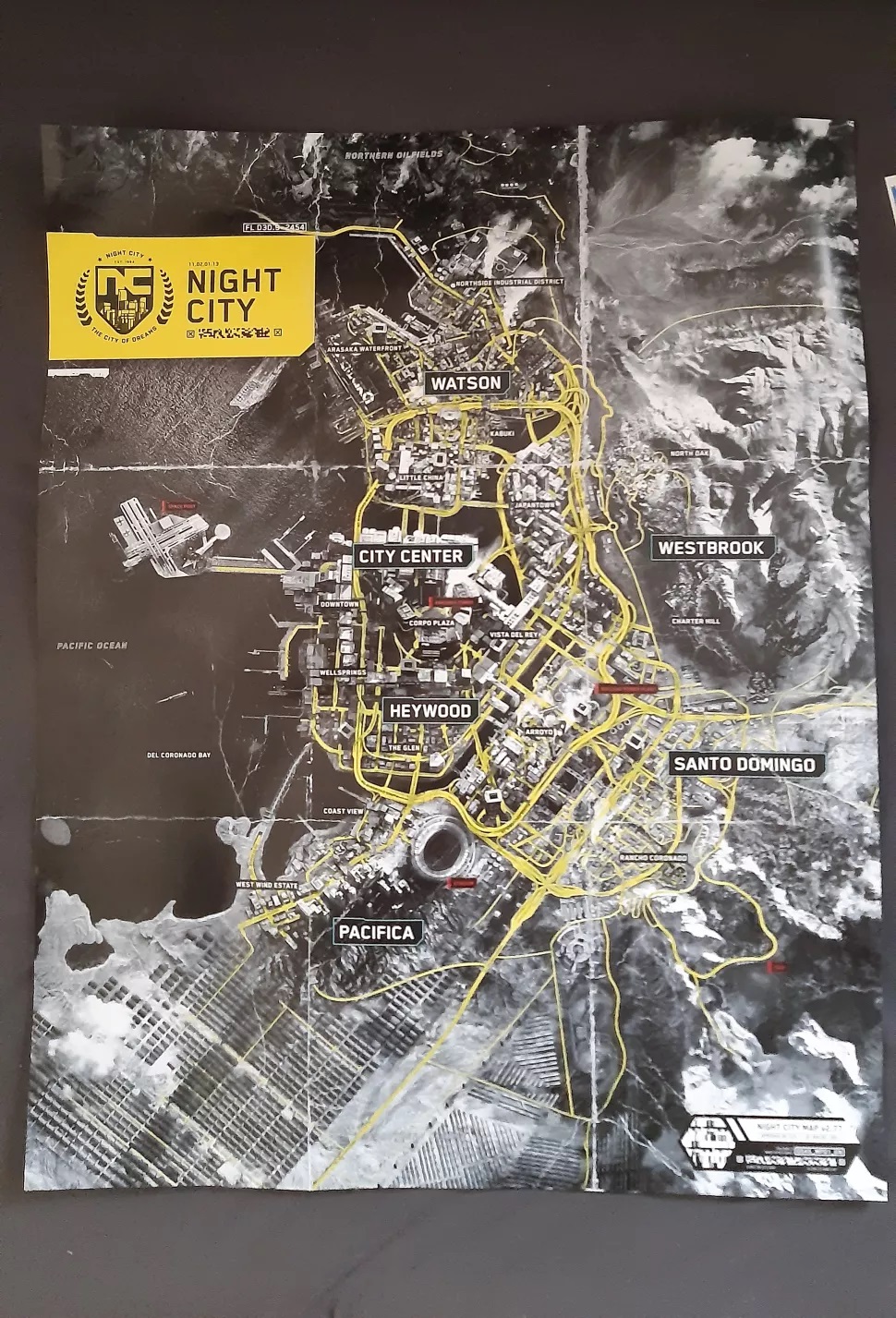 My first impression is the map seems small - but this is a metropolis, and likely the yellow roads as marked out are just the main ones, and not including the various side streets or alleyways.

Still, I get the feeling that the map is going to be understandably smaller than The Witcher 3, but still plenty to get stuck into.

Cyberpunk 2077 is due to release on the 19th of November, with CD Projekt Red currently crunching to get the game out on time.