Building on that hype, Bungie headed to PAX West to showcase some of the upcoming changes to the Crucible, Destiny's unique PvP gamemode. As the build being played at PAX West was a pre-release of Shadowkeep, some more, shall we call them intrepid, players decided to delve into the in-built Collections feature to see if they could discover any of the new loot, weapons or armour.

Boy did they find some stuff! Destiny is no stranger to data-miners and leaks, however I feel this is the first time that it's come directly from a pre-release build. 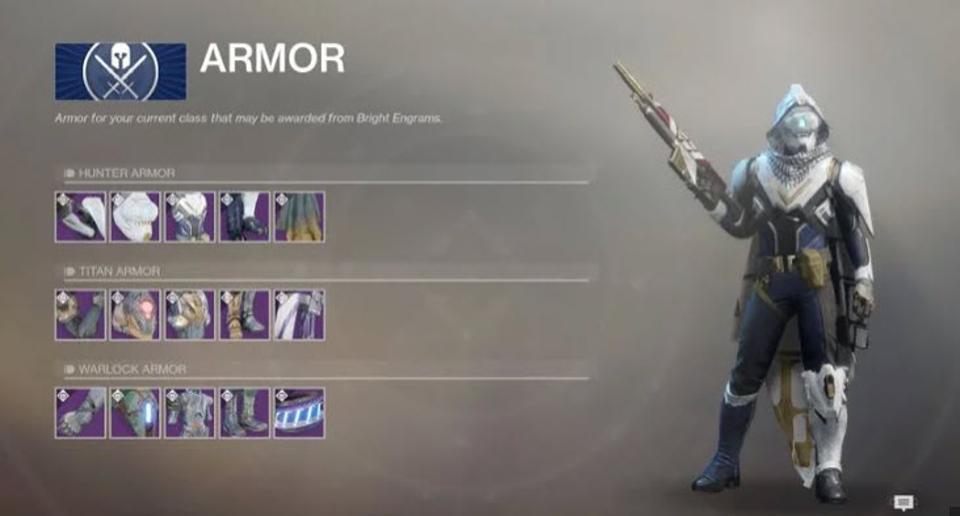 The new Raid, a pinnacle endgame event in Destiny 2: Shadowkeep, "The Garden of Salvation" has a new armour set (as do all Destiny 2 raids) however this one comes with a twist. It appears that this new raid armour, which is earnt through multiple completions of the raid, is a reskin of a Year One Eververse (The in game microtransaction store) armour set from the "Curse of Osiris" expansion.

This, naturally, has the community up in arms and there's currently a "Focused Feedback" topic pinned to the DestinyTheGame Reddit which is asking players on their thoughts of re-using Year One old armour sets and giving it a facelift and calling it a reward.

Personally, I'm more excited to see what the raid brings rather than the loot from it, but I'd be in the minority. It's hard to not see where the anger stems from, however, as the entire concept of Shadowkeep is based around returning to The Moon; a destination which Guardians have already visited and looted. It's easy to see why the re-use of a Year One armour set from a previous expansion has so many people up in arms.

It turns out that not everything is re-used. There's been a trend lately of Bungie bringing Destiny 1 exotics back into Destiny 2. Thorn, The Last Word, Bad Juju are the notable choices here. However more (probably planned this time) news coming out of PAX West is the reveal of two (previously unknown) brand new Shadowkeep Exotics!

The LMG is yet to have a name, but the perk reads as follows:

Players have confirmed that it is a one shot to the head in the Crucible. (Seems OP. Please nerf.) 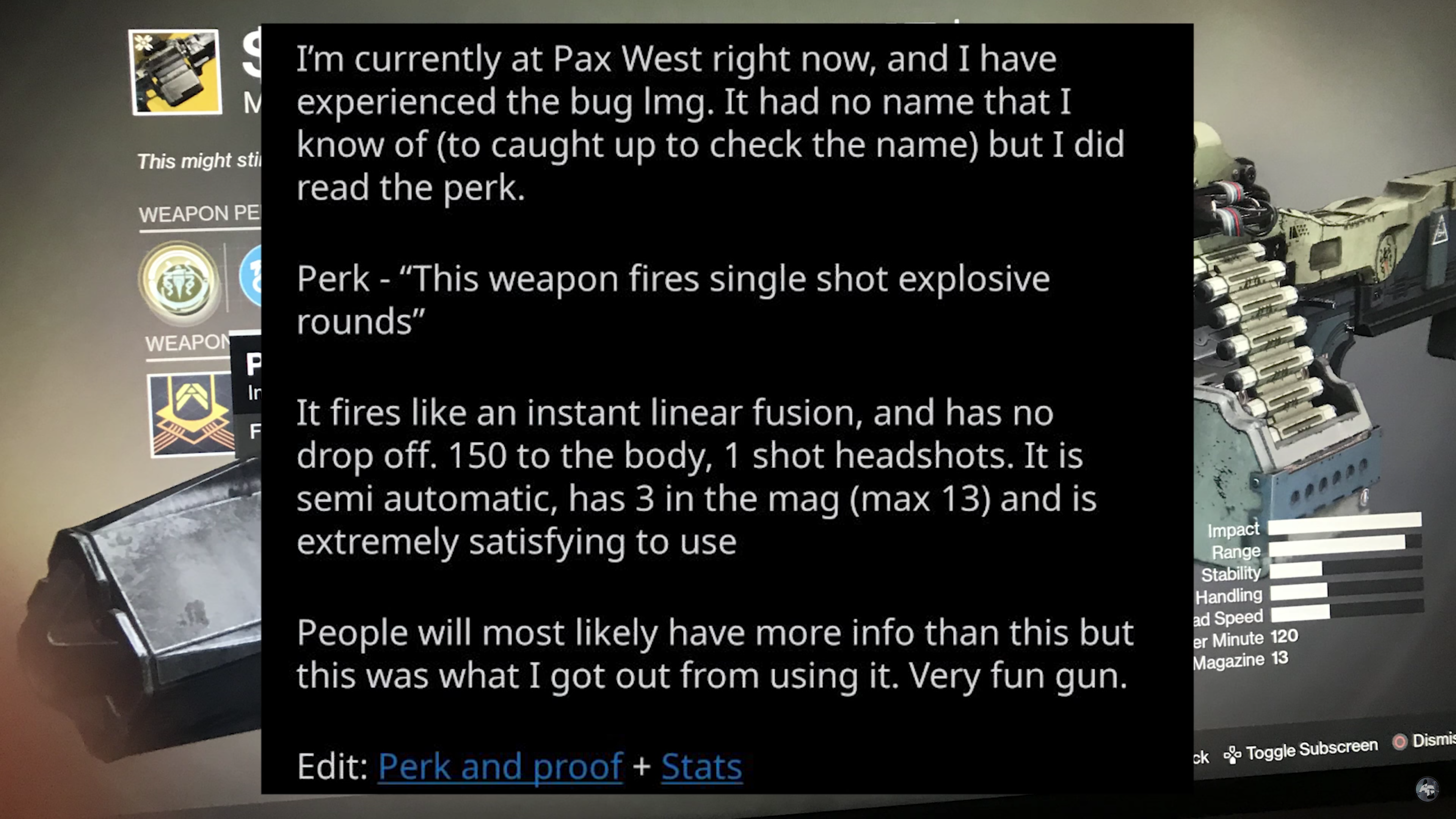 There's the "Deathbringer" Rocket Launcher which has the following intrinsic perk:

"Dark Deliverance: Fires remotely detonated projectiles that drop Void orbs on enemies." Players can hold down their fire button and release it to explode the projectile.

It may not be entirely fair to call this a brand new weapon, as it appears to be very similar to the Dragon's Breath Exotic Rocket Launcher from D1, but with a void twist. 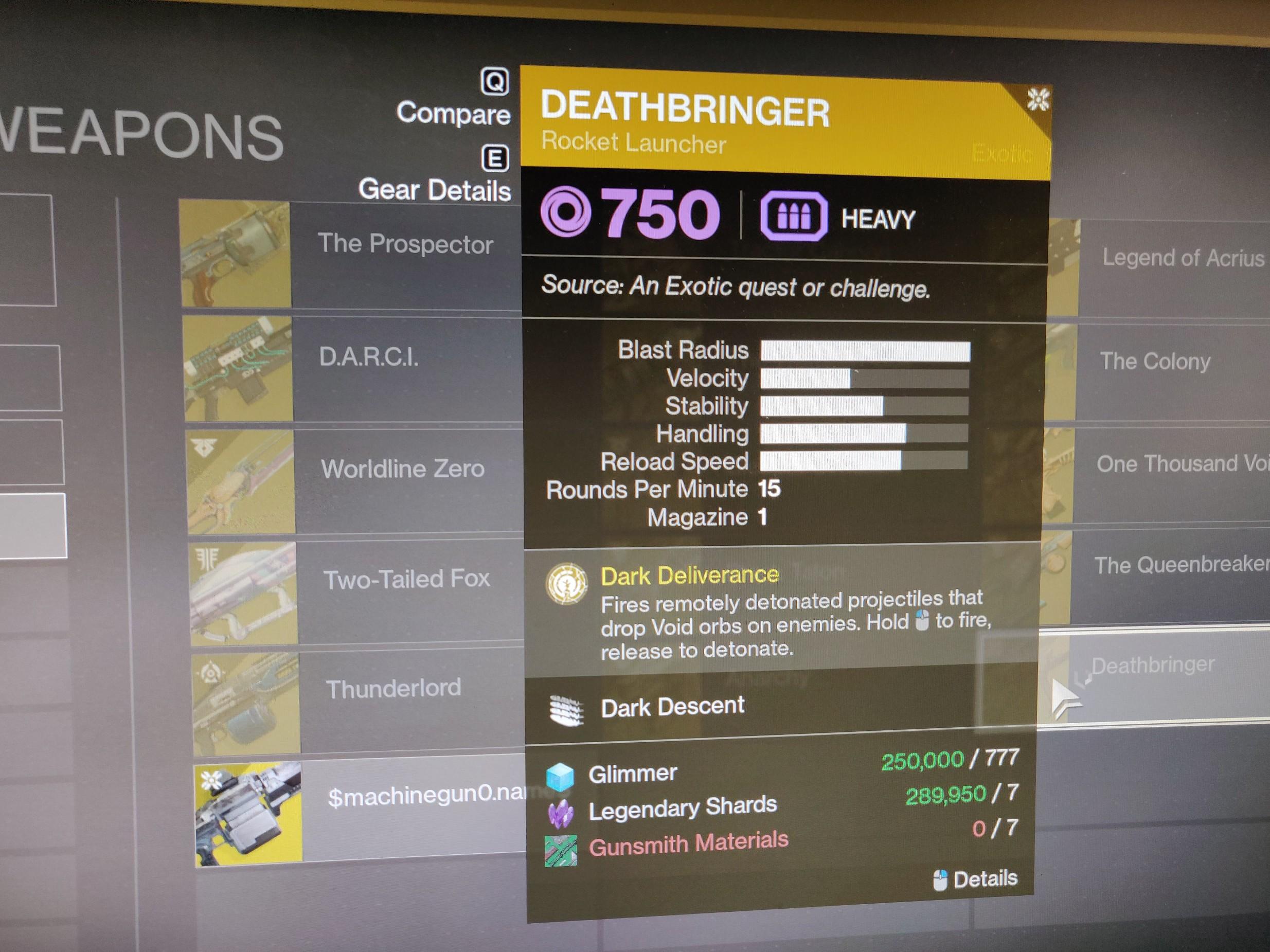 Finally, there's the Divinity, which is the Raid Exotic trace rifle and BOY am I excited to get my hands on this one. The perk reads like it can create a critical damage spot on any enemy, allowing you to melt just that little bit faster. 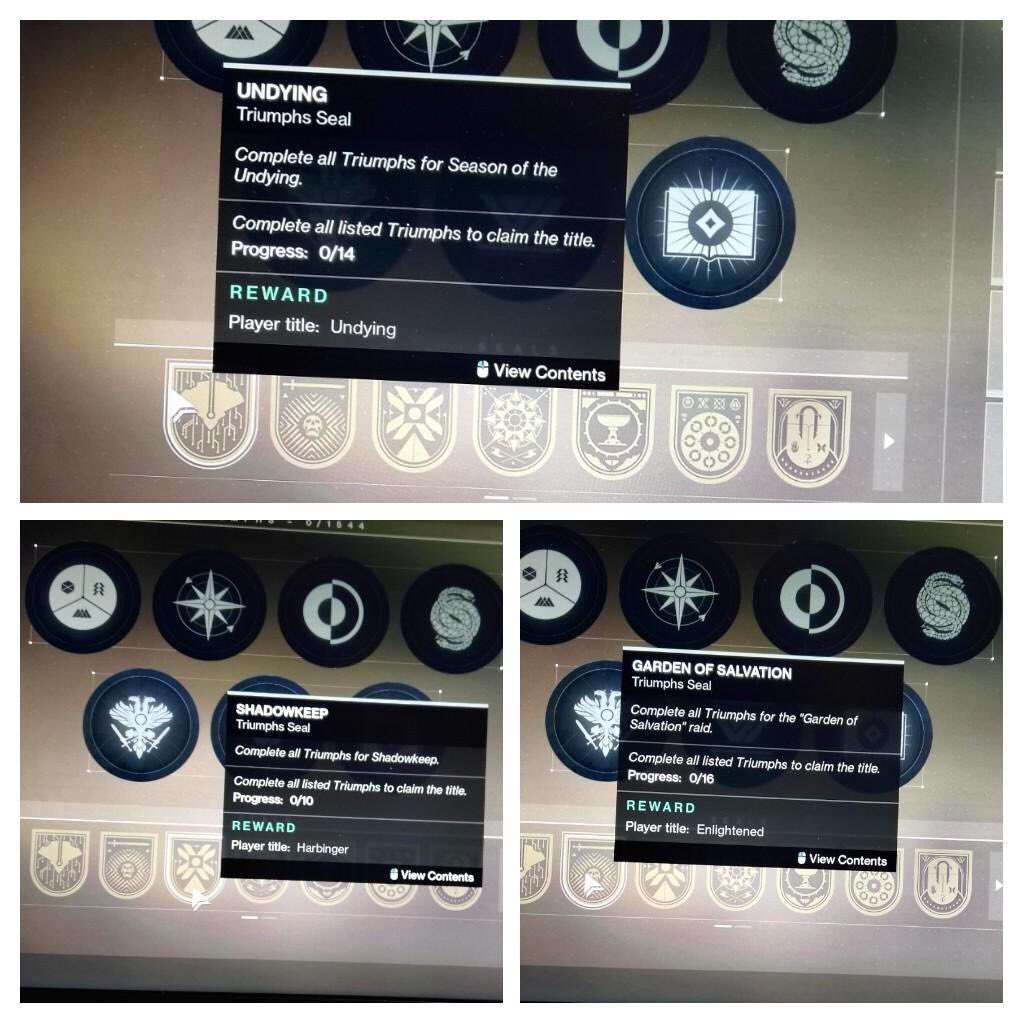 There's not one, not two, but three new seals coming with Shadowkeep. A total of 40 new triumphs make up the three new seals. They are Undying for the seasonal title; we assume this one will not be obtainable after the season ends, much like MMXIX for the Season of Opulence.

There's the Harbinger title for the entire Shadowkeep expansion, this is probably going to be akin to Cursebreaker for the Forsaken expansion, though we hope it's not going to be nearly as RNG based! (Please Bungie, please.)

Then finally there's the Enlightened title, which is the Garden of Salvation raid title. We again assume this is going to be very much like Rivensbane for the Forsaken DLC, though hopefully a tad easier to unlock (Petra's Run anyone?)

This was unsurprising to learn, as it seems to be the way of the world when a game goes Free To Play, as Destiny 2 is going with "New Light" at the same time as Shadowkeep drops, but Destiny 2 is going to be introducing a Battle Pass-esque seasonal pass which allows players on two different tiers (Free and Premium) to unlock differing levels of loot. Each season comes with 100 ranks, and the experience players earn at max level counts toward their pass.

Free players can earn some powerful items and rewards through the season pass, but the real goodies come with the $10 price tag. Bungie laid out the rewards players can expect in Season of the Undying’s season pass as an example. 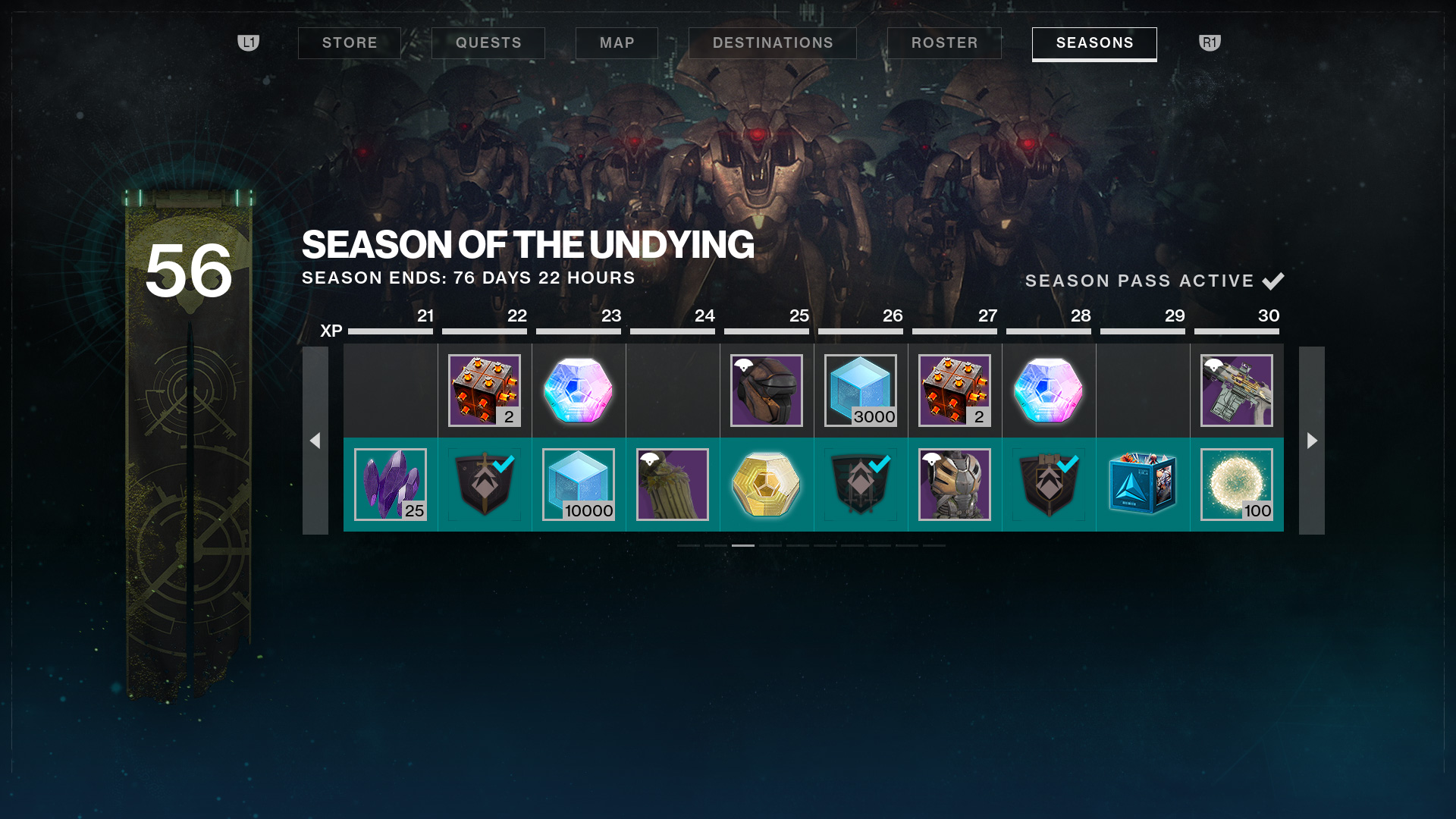 That's all we know on Season of The Undying and Shadowkeep so far, stay tuned to GameFront for more Destiny 2 news!

PS, Sunshot mag size is getting a buff. Confirmed.