It's something many in the gaming industry would like to achieve, be that for a quickest playthrough, largest play area, or some other technical or human achievement. EA probably aren't feeling too pleased about their new Guinness World Record, though, seeing as it's for the most downvoted comment in Reddit history.

It centres around the now infamous drama that unfolded on the site when EA attempted to defend the excessive 'grinding' required to unlock items in the game, or purchase lootboxes. It never washed with fans of the Star Wars games, who could see the move for exactly what it was, despite the endless defences from EA. 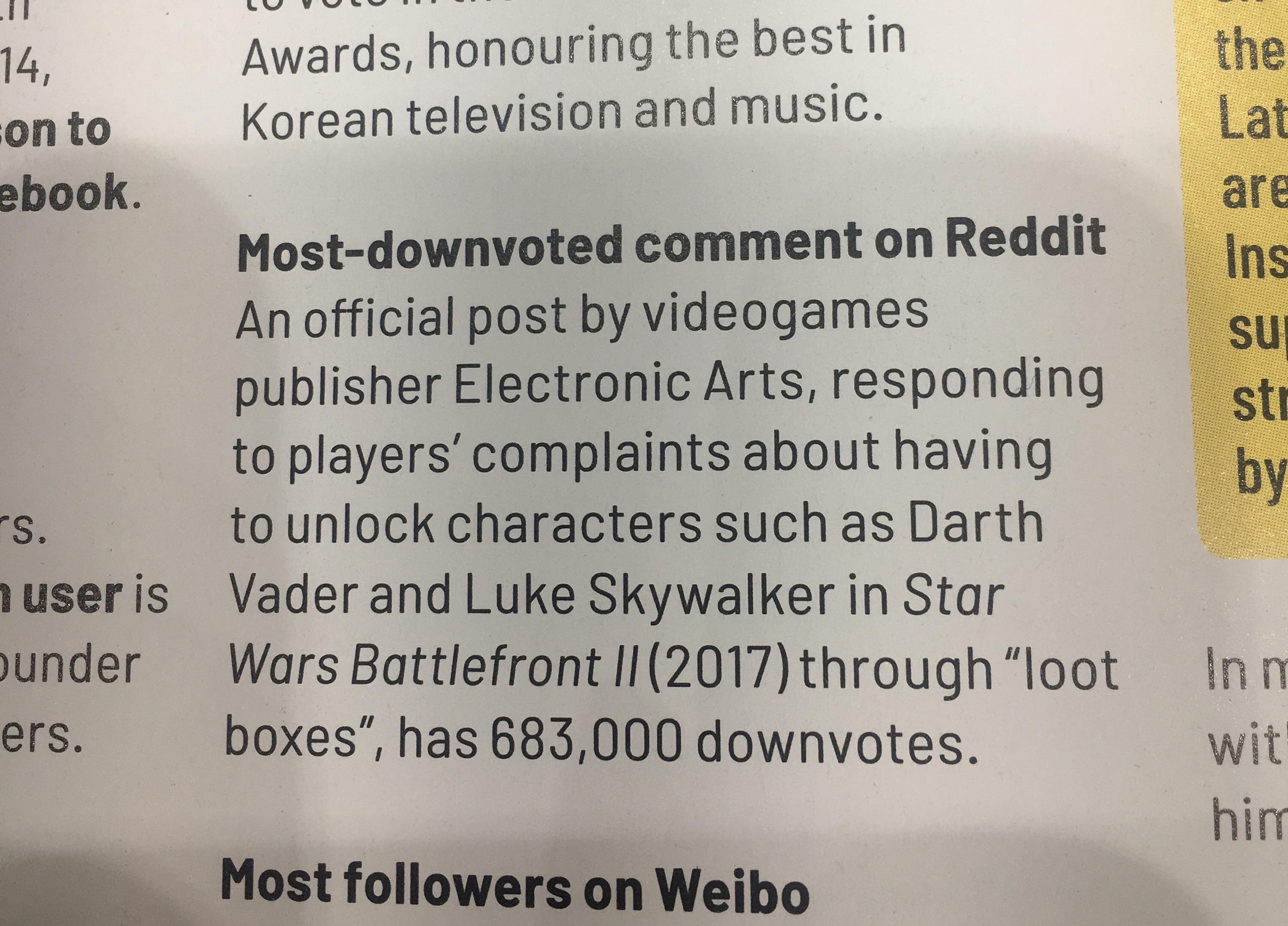 The reddit comment that tipped the whole thing over the edge has 667,921 downvotes, and is enough to be considered a new world record, appearing in the 2020 book of Guinness World Records. It was spotted, ironically, by Reddit user -amsha-, who shared a photo of the find on the Star Wars subreddit.

In the end, EA and DICE relented and started to make changes to the game to make unlocks easier, meaning it wasn't really necessary to buy loot boxes anymore if you were willing to put a reasonable amount of work in.

In the end, Battlefront 2 has turned out to be a pretty decent game, but it'll be a controversy now forever immortalized in history.