Fortnite's Device event has now ended, and it contained a few surprises for those in attendance, including for the first time ever several cutscenes that revealed more of the game's lore.

The event saw several towers raise out of the water around the Agency and a giant electrical storm cause players to float around before being warped into several cut scenes that appeared to take place in some kind of office or medical facility.

The short cutscene, which players could walk around, ended and the Agency was destroyed. Several "top secret" files were found on the desk in the cutscene, with pictures of Midas and Lynx on them. 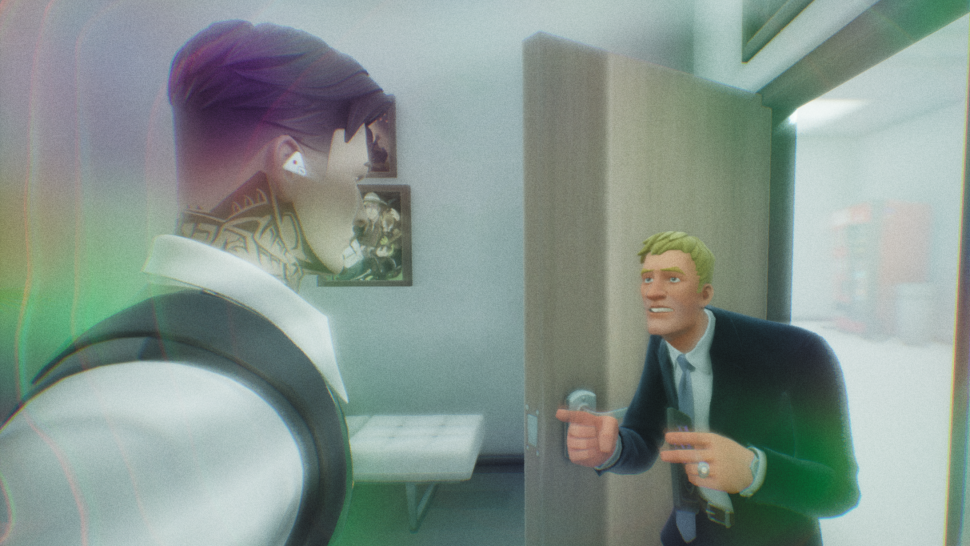 Following the Agency's destruction, a wall of water formed around the map. Players then found themselves back in the cutscene, where for the first time, we heard dialogue, from Jonsey no less, the generic, little thought of character that appears in various trailers and screenshots since the game started.

Jonsey seems surprised to see the player can see and hear him before the players were dumped into a match where the traditional purple storm has been replaced with a wall of water. You can swim within the new wall of water, but like the storm before it, it will kill you quickly if you spend any time within it.