Information regarding an alleged new battle pass and in-game store leaked from a pre-release build of f Suicide Squad: Kill the Justice League this week, and players aren't happy at the prospect of the game's apparent pivoting into a live-service game.

The leak appeared via 4chan and, as you can see from the image, purports to show the addition of both a "battle pass" and "store" menu options to the game, along with the addition of in-game currency. While this isn't a new concept in video games, the weird angle here is that Suicide Squad is a single-player game (with optional co-op) mode, rather than a free-to-play, competitive online game, where these types of mechanics are usually seen. 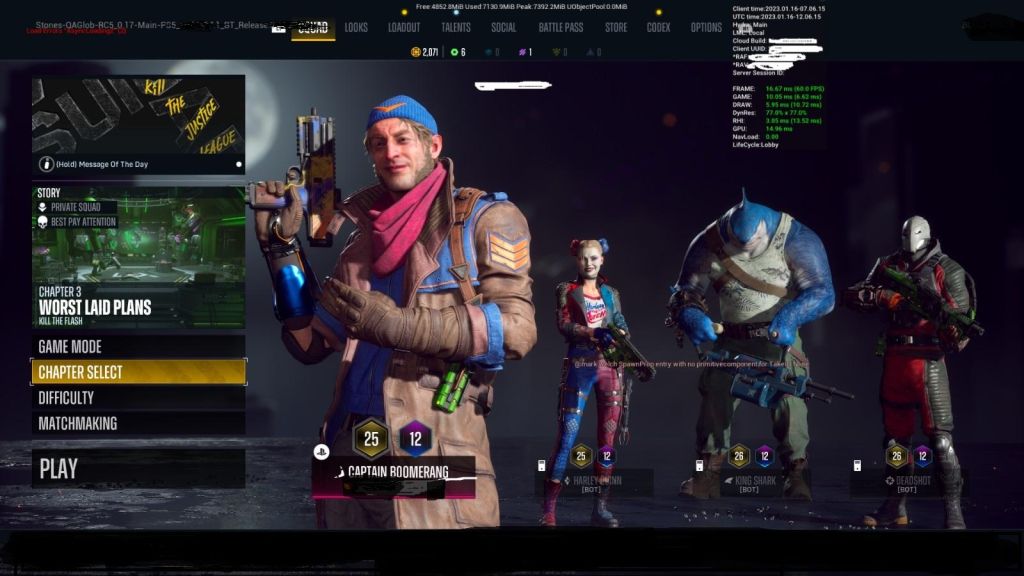 Understandably, some players aren't happy at the prospect of paying for a full-price, single-player game only to be faced with further charges via in-game microtransactions. The game is currently priced at pre-order by retailers as a full-fat AAA title, hitting a little bitter for many.

Of course, very little information has actually been shared by studio Rocksteady or Warner Bros. on how the game will actually play, leading to some confusion. As far as we know, the game isn't PvP, so how does a battle pass make sense in this context? Redditor ElvanNeko nailed it, commenting that "people will just finish the story... and then what? ... Unless they plan to release a new story mode every month or two, I don't see any reasons to stay and even bother about skins and stuff like that in a PvE game."

Marvel's Avengers tried to go down this route and failed to see success as a live service game. It seems history may be about to repeat itself, although there's no confirmation yet that the leaked images are actually authentic. Even so, changes to plans can happen between now and the release, so I'd still take this with a pinch of salt until we know more through official channels.