While you've always got the trusty Unreliable to hang out in and explore the Halcyon system, sometimes it's nice to just have somewhere on terra firma to kick back and relax. Luckily for you, there's a way to buy your own place on Monarch, although how to do so is not entirely obvious.

Thankfully, GameFront is here with a guide on how to purchase your own pad in The Outer Worlds.

Firstly, it goes without saying that you'll need to be far enough along in the game to have unlocked Monarch, this involves completing the main quest that sees you obtain the Stellar Bay Navkey from Gladys on The Groundbreaker.

Once you're on Monarch, you'll need to travel to the Yacht Club within Stellar Bay and speak to Nyoka. Complete the ensuing quest that sees you find her a cure for her hangover, and have her join your party.

You'll then need to set off across the map for a location called Fallbrook, marked on the map below. 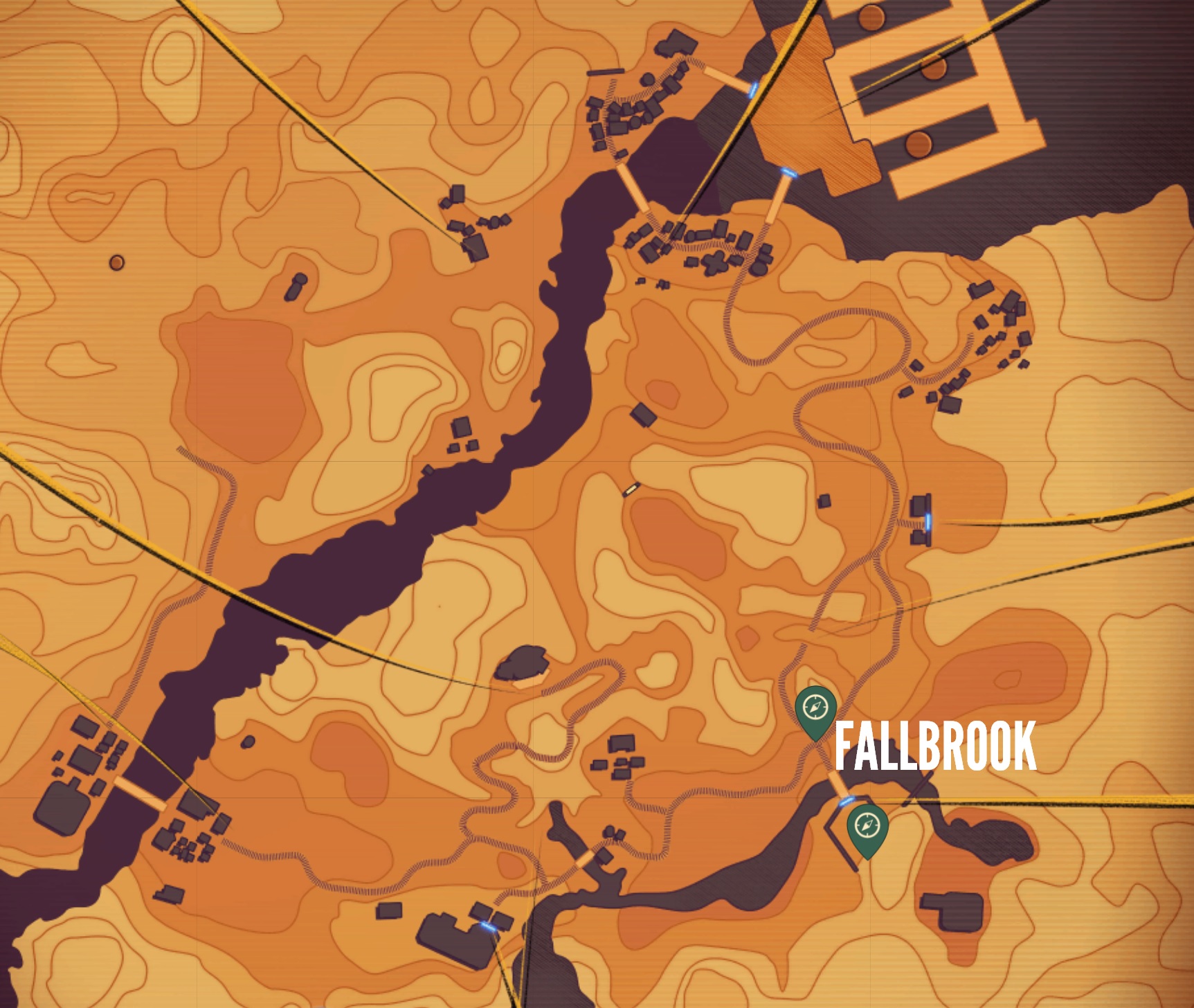 Once you arrive in Fallbrook, head towards the town's bar, where you'll encounter Catherine Malin. There's various quests that involve Cathrine, but for now, just ask her if you are able to rent a room.

Normally she rents rooms on a nightly basis, but if you're in favor with Cathrine, she'll offer you an apartment to keep permanently. The price of this offer is random, but should you be willing to accept, you'll obtain the Fallbrook Domicile Key, and now have a place of your own within the town.

Your new home is just down the street, and inside has workbenches and storage you can use. It'll be pretty useful to have if you're playing through on Supernova difficulty, because you'll be able to use it as a safe-house in the rather large area of Monarch, where there's a lot of quests to do, without having to keep returning to The Unreliable.

And that's how to get your own place on Monarch in The Outer Worlds!