If AMD's benchmarks are to be believed, the RX 6900 XT beats the RTX 3090 in several significant tiles including Battlefield V, Modern Warfare, and Forza Horizon 4, while it trades blows with others including Doom Eternal, and Wolfenstein: Young Blood. 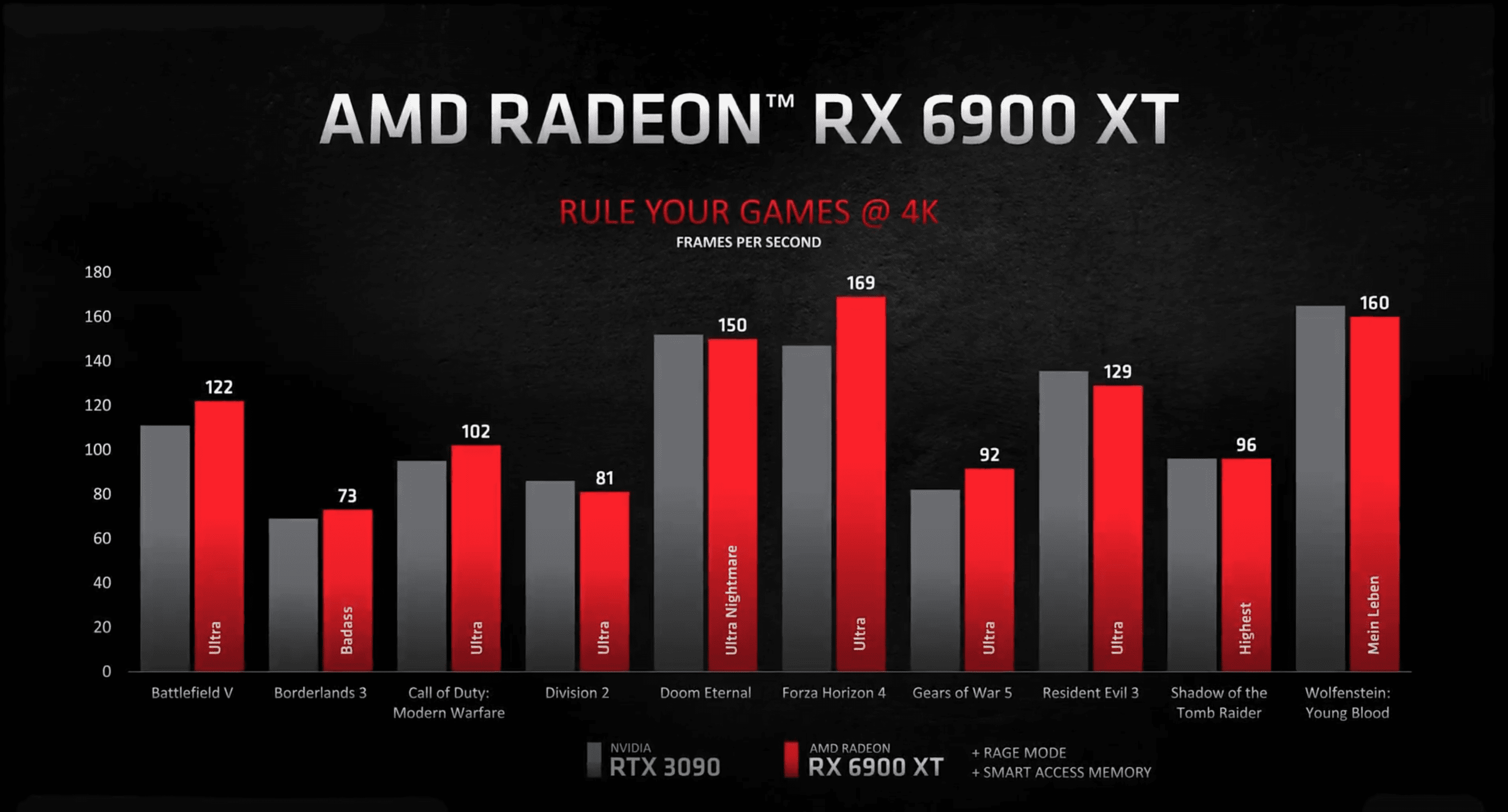 Of course, these benchmarks don't focus on Nvidia's two killer areas right now, DLSS 2.0 and Ray-Tracing performance, although the Radeon lineup does seem to offer at least 2080 Ti levels of Ray Tracing performance on the surface of it. We'd need to see some independent benchmarks to be sure, though.

What AMD is bringing to the table, however, is Rage Mode, which should take automatic overclocking to the next level, much as they have done with Ryzen. There's also the ability to directly access game data from a fast SSD, something also featured in the RTX 3000 series.