HTC have released some technical details on the upcoming Vive Cosmos, an improved version of their VR headset which was first announced at CES this year.

The new headset will use six new on-board cameras to give the headset inside-out tracking capability, which is something that the Oculus Rift S already does. It also has a new and improved flip-up design that allows you to see your real-world environment without having to take the entire headset off, which can be a cumbersome thing to do. 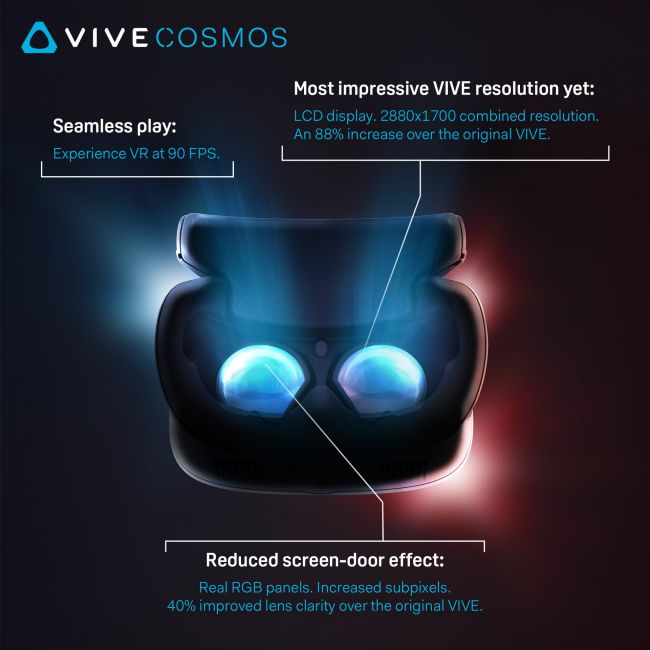 There's also talk of a modular faceplate, which can be removed and replaced - and although there's no details on this yet - it seems to be an expansion port of sorts that will help future proof the headset, so you could possibly add more sensors or other technology to the headset further down the road.

There's also a brand new controller, which aren't hugely different to typical VR controllers but seem to be a bit more intuitive than previous designs.

So it seems the VR fad is alive and well. Would you consider the Vive Cosmos? Let us know in the comments below.