AMD still has a number of RDNA 2, aka Big Navi cards yet to reveal, and the long rumoured Radeon RX 6600 and 6600 XT do indeed seem to be real, thanks to a leak from PowerColor, who briefly listed them on their website before pulling the listings down.

The GPUs have not been officially confirmed, but have long been rumoured with specs seemingly out in the wild. The web page didn't say much about the cards though, only the names, and therefore we aren't sure what the official specs are right now. What we do know is these are likely to be more affordable cards, with both cards featuring 8GB of GDDR6 memory, 32 MB of infinity cache and the Navi 23 GPU architecture. 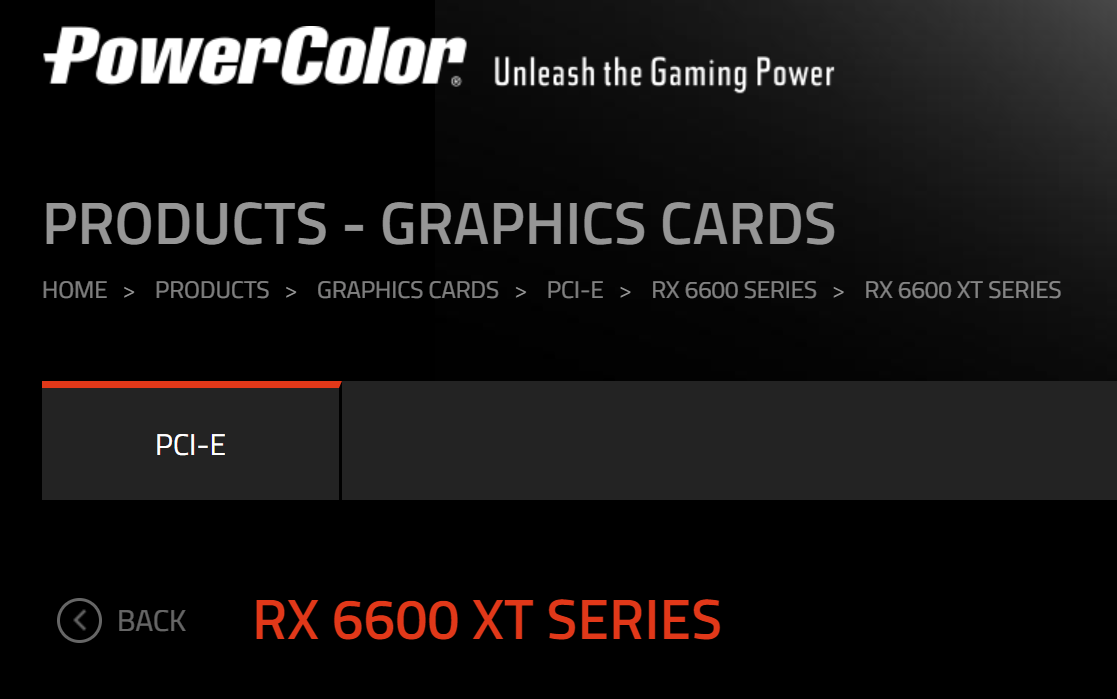 The XT will be a bit beefier with more stream processors, CUs and Ray Accelerators. This would put them in line with the already released mobile 6600M and W6600, which makes sense. Perhaps the fact these cards aren't yet out is due to the microprocessor shortages?

In any case, hopefully, we won't be waiting too much longer now to see an official reveal and get an idea of pricing for these cards.