Ever since the original Xbox was revealed by Microsoft back in 2001, the company has been very strict about not including a web browser as part of the deal - which is especially odd when you consider that Internet Explorer as at the height of its market dominance back then. Microsoft wanted the Xbox to be a totally different experience to a traditional PC though, and the web browser was one of the cornerstones of personal computing that just had to go.

Here we are 20 years later, and finally, the chromium version of Microsoft's Edge browser is finally making its way to console, and it opens up a few possibilities that you may not have considered. Apart from browsing the internet for cheap electronics and guides on your latest weird medical problem, you may also be able to stream games through Nvidia GeForce now. Interesting, eh? At least, it's possible currently according to early beta testers, but there's always the possibility that game streaming websites may be nerfed before final release. 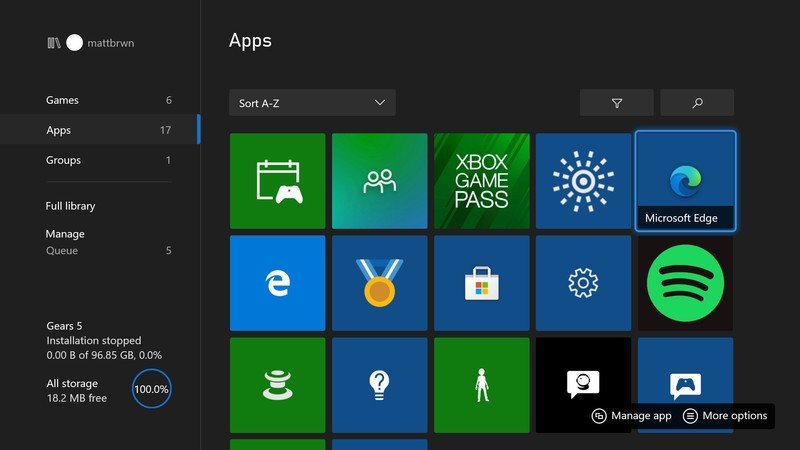 It's a similar story for Google Stadia, and means that a range of PC games could, in theory, be playable on your Xbox for the first time. There are a few reasons this may prove useful, one being mods, but also certain graphical fidelity that might be outside of the realms of the Xbox, especially when it comes to the last generation hardware.

There's one snag though - you'll want to stick to controller-based games still, as the Xbox version of Edge does not currently support any type of mouse input. You could even get access to games like Death Stranding on Xbox, which is currently only available on PlayStation and PC. Like I say though, given Xbox is working on a competing product to these services, it seems possible that this functionality may be restricted in some way before the public release on Edge on consoles.