The official system requirements for the much anticipated Microsoft Flight Simulator reboot have released, and they're surprisingly light, overall, although you might want to clear a little bit of storage from your hard disk or SSD.

The game is due to release this year and is one of the most ambitious projects in video gaming I have ever seen. It utilizes Bing maps and telemetry data to create a perfect representation of the entire Earth, right down to every building, every bridge, even your own house. Machine learning takes map data from Bing and uses it to build a full 3D representation of Earth, including all 1.5 trillion trees (yes, there are that many trees, more than the number of stars in our galaxy, apparently.)

The only difficulty for some might be the storage situation, with 150GB required. The game will stream the majority of the game world over the internet, but I suspect that there will be some kind of buffer included in this, which may account for the large storage requirements. There's also the ability to save specific regions to disk for offline play.

Here are the full specs, click the image to enlarge; 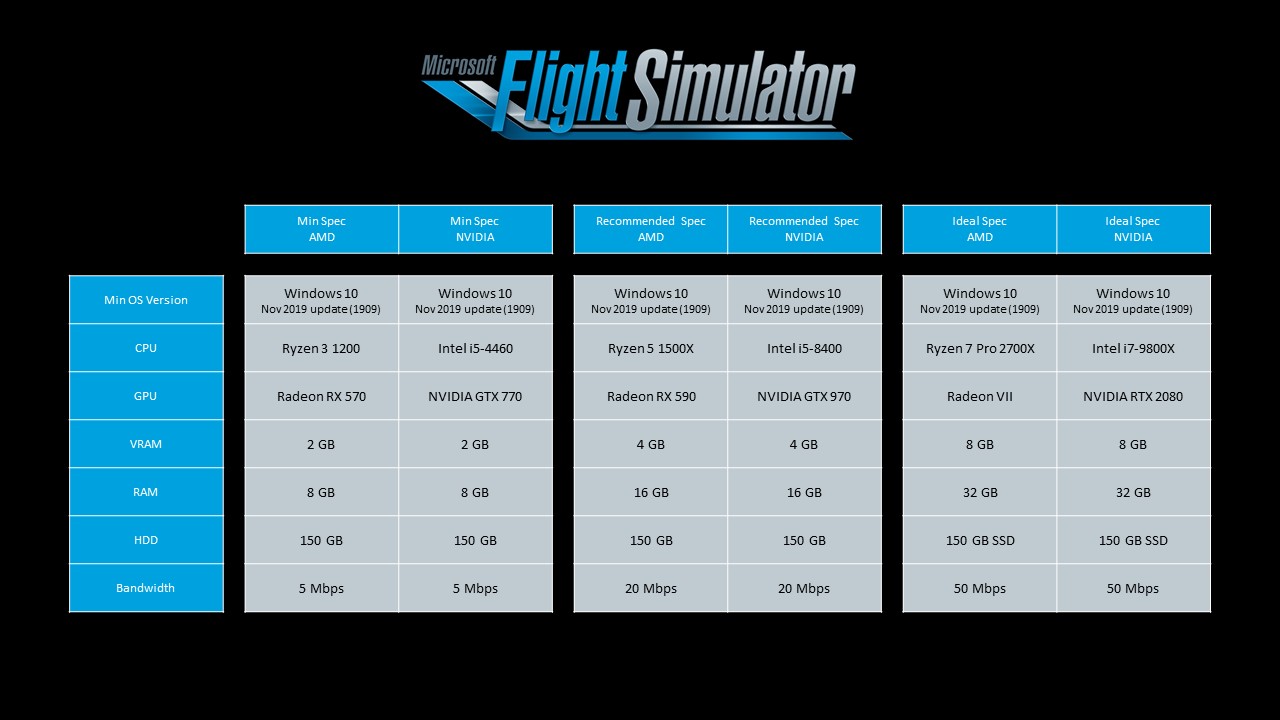