If you're dying to get a chance to play Modern Warfare 2 (not to be confused with the old Modern Warfare 2, or its 2020 remake) then you finally have a date to look forward to, as the first of the public playtests will start in September, with PlayStation players getting the first chance to try it out.

This is followed by the Xbox & PC Early Access beta on the 22nd and 23rd when a further, open beta for PlayStation will also take place. Finally, all platforms will have a final open beta between the 24th and 26th of September.

It's a bit confusing but, TLDR, PlayStation gets there first, and gets the most opportunities to play. Activision has made this handy little graphic to help you keep track of things, though. 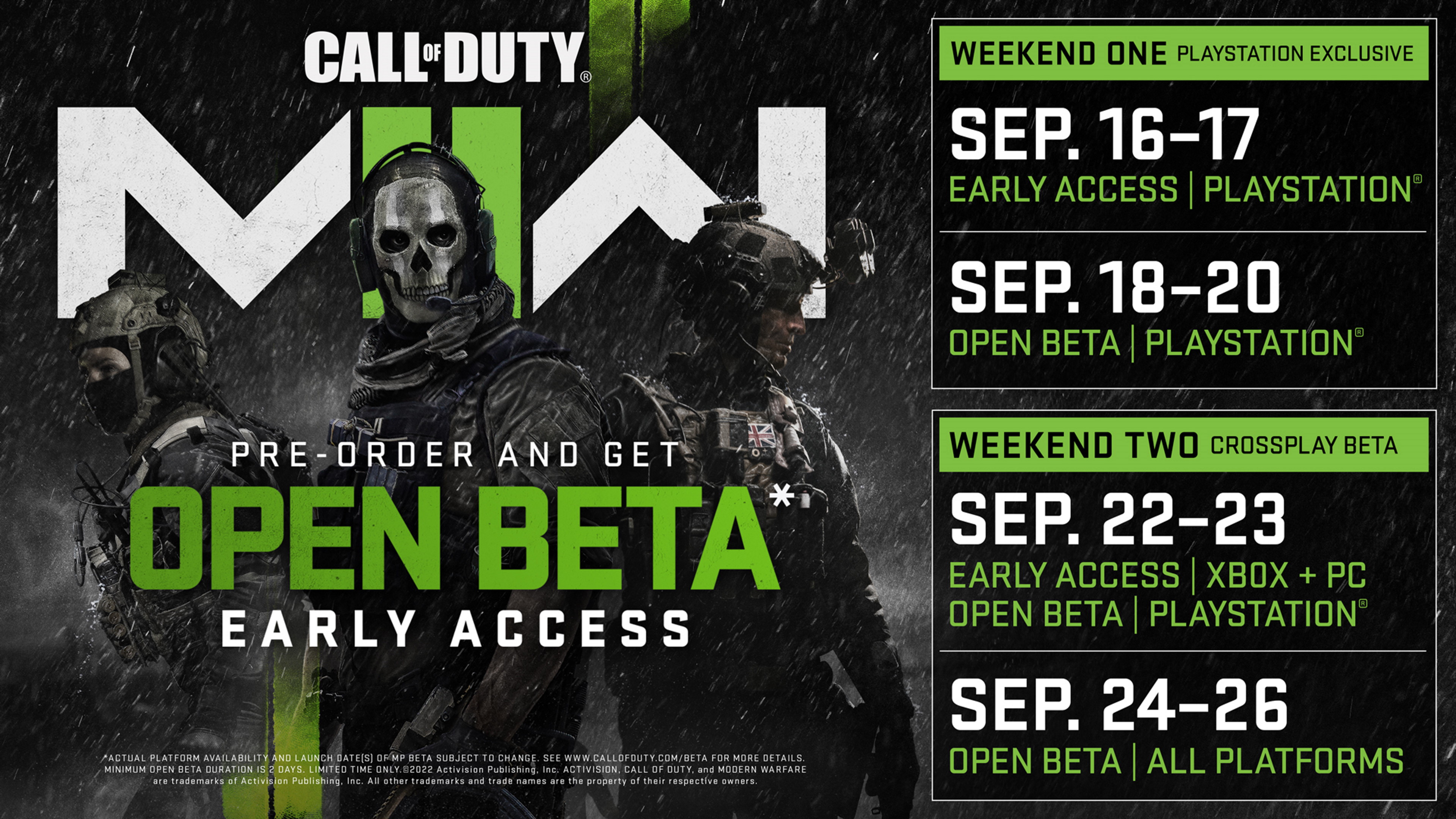 Activision is promising that you'll get a "robust multiplayer experience" that will go beyond the traditional 6v6 modes we've seen before, with different map sizes and modes, along with other new features.

If you play the beta, you'll also be able to get some in-game rewards, and those who've pre-ordered the Vault Edition will also get access to all four Red Team 141 Operators during the beta testing, these being Farah, Ghost, Price, and Soap.

There'll be more details revealed on just what the beta will entail during the next showcase, which will also reveal details on multiplayer and Call of Duty: Warzone updates, on the 15th of September. The game itself releases on October 28th.