New details on the next Assassin's Creed Valhalla DLC, known as Dawn of Ragnarök, have leaked online via a Chinese store, which posted images, story details and a possible release date of 11th March 2022.

The leaked information was translated and shared on Reddit, which reveals that the new DLC will be set in the "magnificent Nine Realms in the mythology of North", where Eivor will "personally experience the fate of Odin", and find himself "shouldering the urgent task of saving children, unleashing the brand-new supernatural power of the thunderbolt." 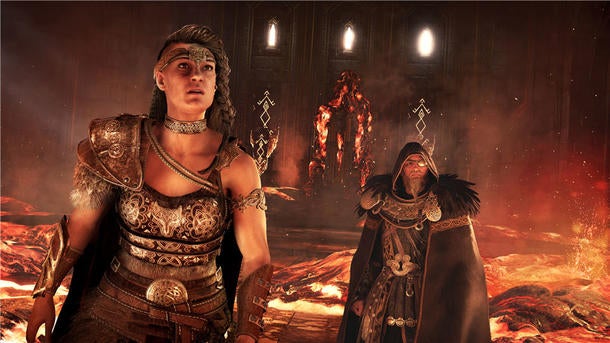 The game's senior community developer, Karen Lee, hinted at E3 in June that "Eivor is not done with Odin yet," so it all seems to line up. Also corroborating the leak is French data miner j0nathan, who posted details to YouTube that first revealed the name for the DLC, along with mentions of Muspelheim in the game's files, which suggests that will be one of the realms that you'll visit in this new expansion.

There's also a number of leaked images, that show Odin, along with a bracer that appears to have a blade attached to it. The environments also seem to be a mix of extremes, lava and ice, which also lines up with the premise for the DLC. 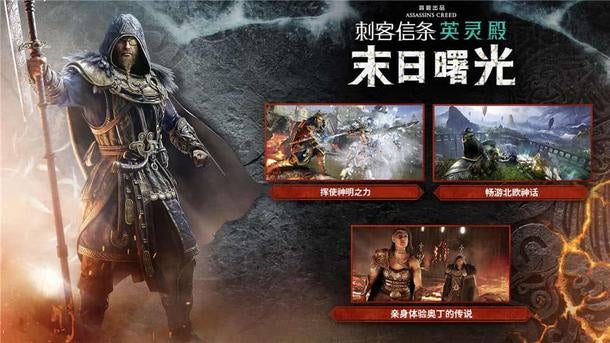 I'm guessing this new DLC will dive head-first into the more mythical elements of Viking culture, after the more factually-based DLCs we've had so far, so I'm pretty excited. We're expecting more details at Ubisoft's live premiere which will happen tomorrow, and we'll be sure to provide any updates as we learn them.