Nvidia Image Scaling technology isn't new, exactly, but it's been updated today with new improvements to its performance and image quality, and perhaps more surprisingly, it's going open-source to compete directly with AMD's FidelityFX Super Resolution.

This means the technology could open up to cards beyond Nvidia GPUs, including AMD cards, in the near future. To clarify though, Nvidia Image Scaling isn't the same as its Deep Learning Super-Sampling, or DLSS feature, instead, this is an alternative for lower-end cards that don't support RTX features. The great thing about it though is it doesn't require game-specific support and works on a wide range of hardware and games.

The new update has brought improvements to the tech within the Nvidia Control Panel and GeForce Experience. The new "2.0" algorithm brings much better image quality, and you can now tweak the sharpness of the overall image with a new configuration slider. 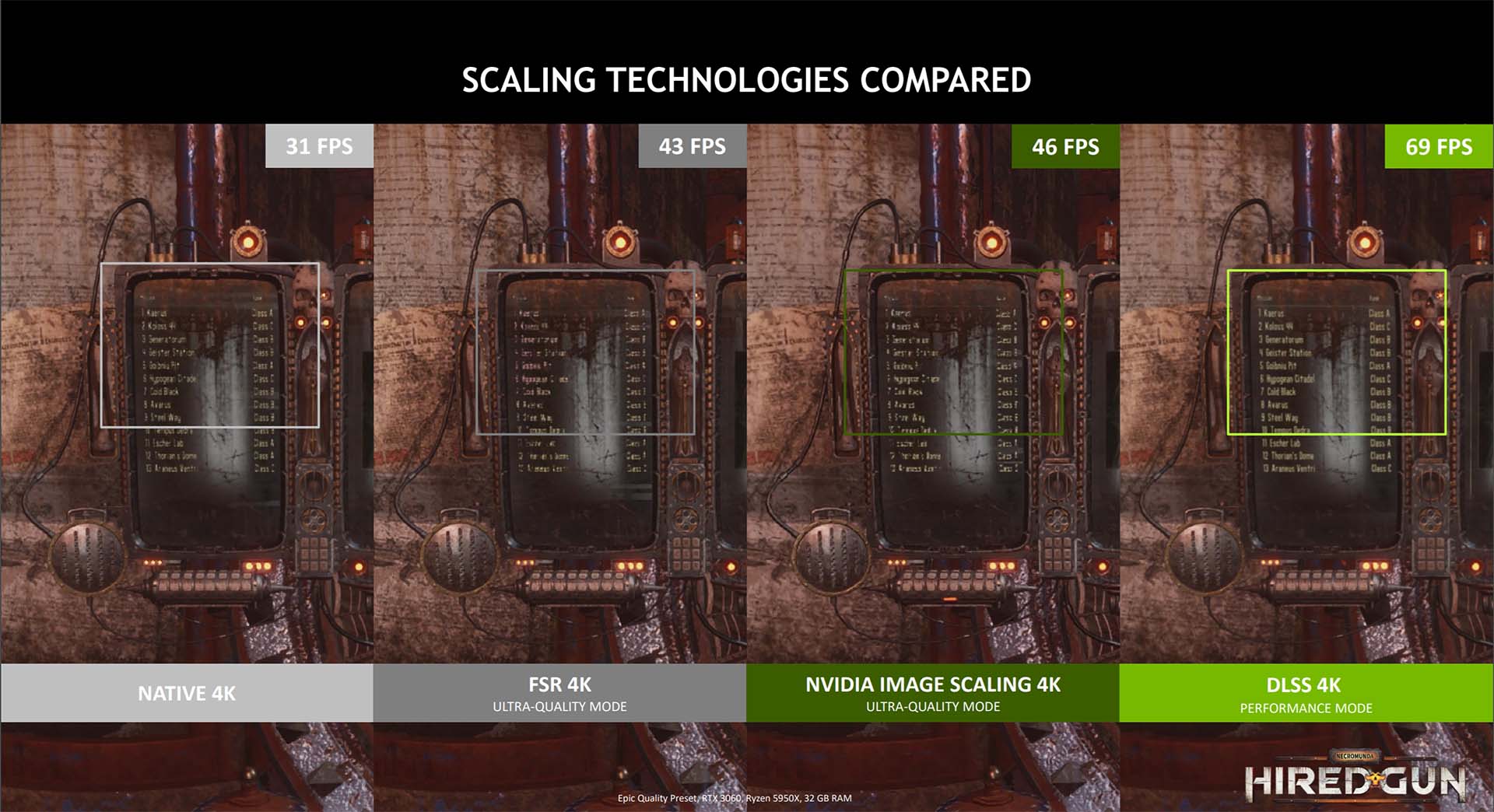 Nvidia is also launching a new SDK to allow game developers to bake the feature directly into their games, which will work across both AMD and Nvidia graphics cards. According to Senior Technical Product Manager, Lars Wienand, "the cross-platform factor became much more important to many game developers saying they love implementing DLSS but what about those who don't have it."

This looks like it'll be very close to AMD's FidelityFX Super Resolution, and to add to the chaos, Intel is also working on its own version called XeSS to release alongside its first GPUs next year. It's a crowded market right now, and given all these platforms are both open-source and cross-platform, it no doubt leaves developers a little confused as to which they should pick. I'm not sure if the three big giants should just combine forces, at this point.