Nvidia has just held their launch event for the next generation of its consumer GPU's, the RTX 30 series of cards, and it's confirmed a lot of the rumors that have been out there so far, plus a lot more - so we've rounded up all the major details from the event for you.

The event kicked off with the usual PR from Nvidia, including a piece on how their GPU tech has helped to model the spread of COVID-19. The stream soon switched focus to e-sports though with the first big announcement from the event - Fortnite is getting RTX support.

In addition to ray tracing in everyone's favorite battle royale, Nvidia is also debuting new 360Hz G-Sync displays for e-sports this fall, from third-party vendors such as Asus, Acer, Alienware, y'know, all the A's. This was followed by an impressive demonstration of the Nvidia Broadcast app, with its stunning noise removal and background replacement technology.

This was followed by a segment on a new app known as Nvidia Omniverse Machinima, a new RTX-powered app that will allow you to create video game movies with RTX enabled, and will even be able to capture real-life movement from a webcam and translate that into motion within the app, in a cheap form of motion capture. It all looks awe-inspiring, even if it will lead to inevitable copyright issues we suspect...

On to the more exciting stuff, though. Nvidia talked about the upcoming DLSS 2.0, an AI-powered super-sampling technique that will allow you to gain the benefits of 4K visuals while only having to use the horsepower equivalent to rendering a 1080p image. The new and improved technology will, alone, boost RTX performance by double.

This leads us neatly into Ampere. The new generation promises a significant improvement in RTX performance, according to Nvidia, thanks to a doubling of, well, basically everything, including the Tensor cores. They showed off an impressive "marbles at night" demo, which, honestly, is the first time I've looked at a real-time render from a graphics card and genuinely couldn't tell the difference between the graphics I saw and real life.

RTX IO is a new technology that will be coming that will allow games to load information directly from PCIe 4.0 SSD's to the graphics card, without having to go through the CPU or system memory - and Nvidia is working with Microsoft to bring this technology into Windows 10. This sounds exciting for the future of RTX and gaming in general, too.

Nvidia then confirmed the RTX 3080 first up, and it will indeed sport GDDR6X memory, 19Gbps of memory buffer, and overall promises to be twice as powerful as the current RTX 2080 Ti flagship consumer card. It'll also retail for $699 and is releasing on September 17th.

This was followed by the 3070, which will still offer performance better than a 2080 Ti, and will retail for just $499 - an impressive leap in performance at this price point for sure. 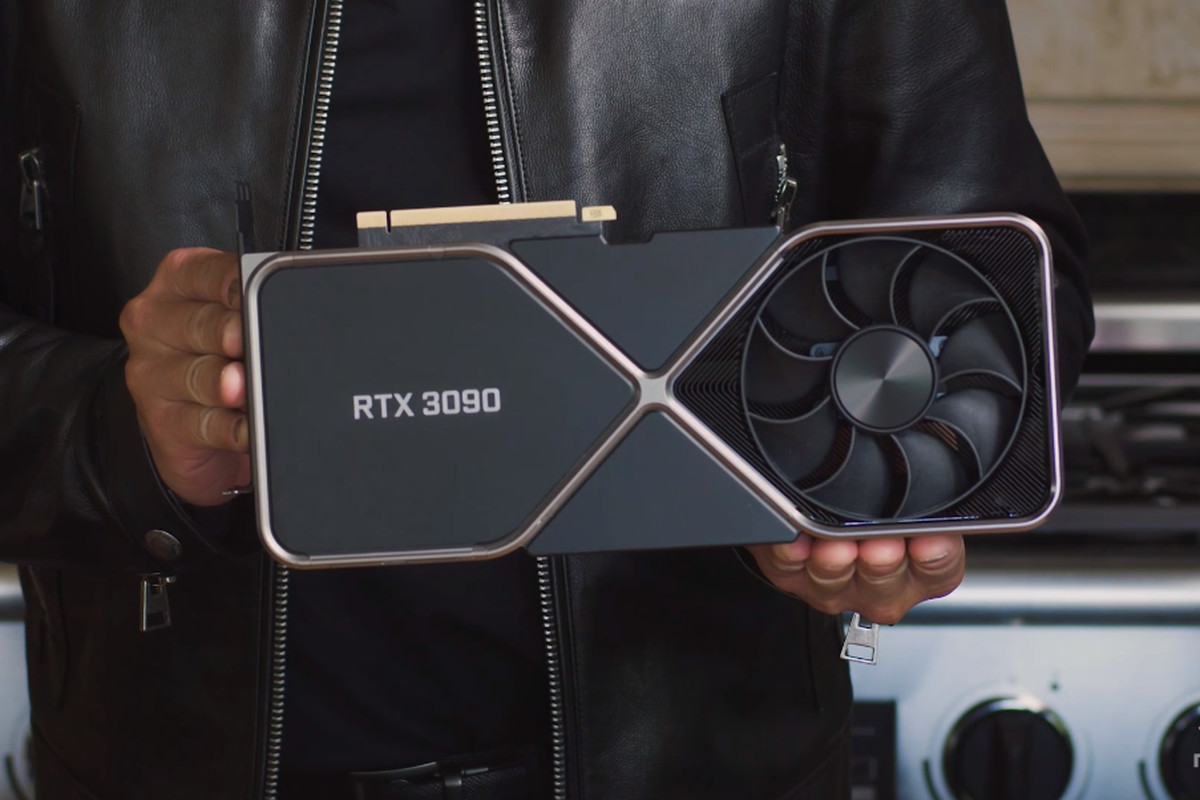 The big news, quite literally, was the RTX 3090, which was shown off last. It's a monster in every sense of the word and features 24GB of GDDR6X memory, and all the technical gubbins aside, we're promised will be capable of running games at 8K 60FPS with RTX enabled. Yes, you hear me.

With a hefty size and performance comes a price tag to match, though, starting at $1,499 - but honestly, for what you're getting (if verified) - that seems worth it to me and is similar in pricing to the current 2080 Ti.

So this seems like a massive boost for Nvidia and graphics technology in general. Of course, until reviewers start to get their hands on cards and test them out in the real world, we're not 100% sure how much of this is pure hype, but from the way it looks, these look like the most exciting cards from Nvidia in a while.

Let us know your thoughts in the comments below!