GTA V has had an incredible lifespan for a Grand Theft Auto game, mostly thanks to GTA Online, and it's showing no signs at all of slowing down, despite it being in its sixth year since release. The modding scene for the game is still just as vibrant as ever, so if you fancy something new and exciting to do in Los Santos, look no further than our Top 10 GTA V mods.

Just a word of warning for anyone trying these mods: stay off GTA Online while they're installed. Bans have been known to happen, even for seemingly innocent things, so we recommend just to avoid it altogether.

So everyone loves the blimp, right? Well, it was fun at first, but it does get a bit boring after a while - so why not spice it up a little by turning it into the Reaper from Mass Effect 3, and scaring the bejesus out of the citizens below? 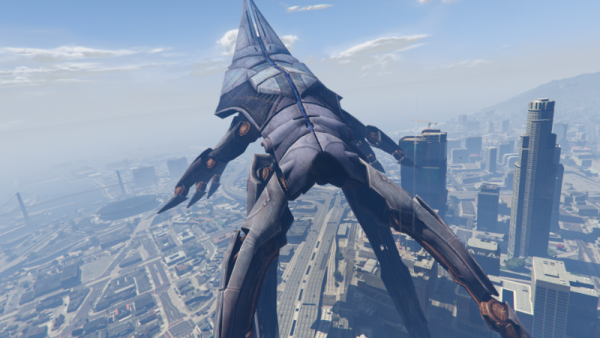 The real fun thing to do though is jumping into a military jet or helicopter and try and take the thing down. It's pretty badass, even if it is just floating there, kind of minding its own business.

This one is just hilarious, given its god-like power to brush aside anything in your way. It adds a force-field around you that throws traffic, pedestrians, or anything else away and around it, leaving you free in your own, smooth bubble. 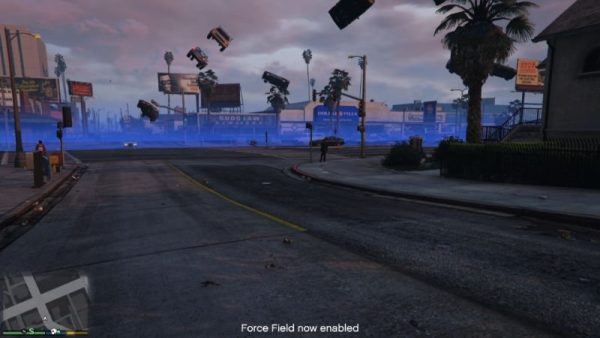 No more traffic, no more police issues, it's excellent, especially if you want to get somewhere quickly. It's also hilarious to walk around feeling like a demi-God. Great fun, this one.

You guys remember the old Windows 95 game Carmageddon, right? Well, if not, the idea is carnage. Pure, unadulterated carnage. With cars. This mod achieves that in great spadefuls. 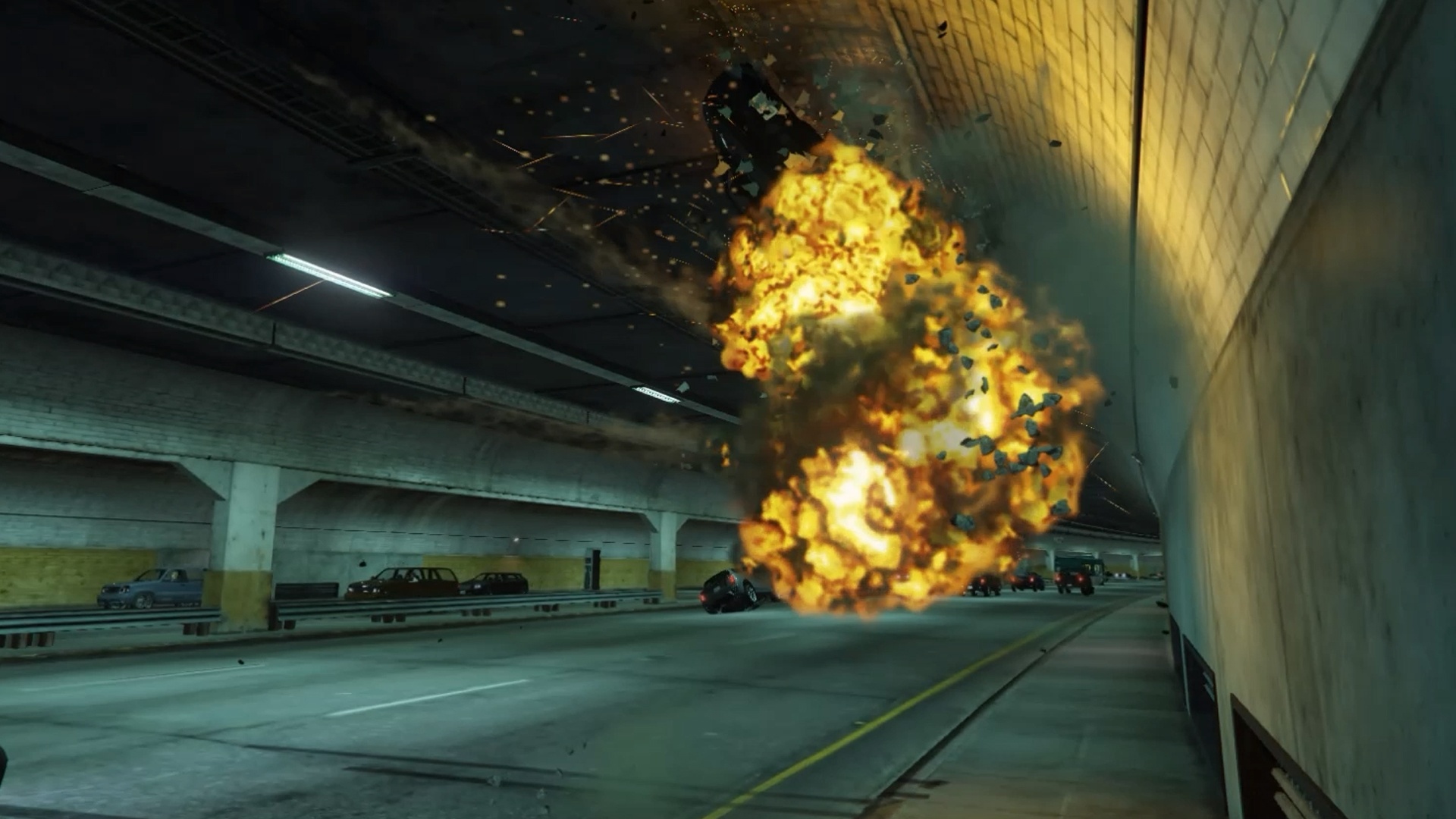 We covered this a while ago over at FIlesNation during our little hiatus, but our opinions then are the same as they are now - this mod is fantastic. It's a collaborative effort between several well-known GTA V modders, including Garbergs, JulioNiB, TheFriedTurkey, and 8-Bit Bastard. The mod brings the full glitz, glamour, music, and good fun that anyone who has attended a Pride parade will be familiar with

And yes, still bonus points for these fantastic dance moves by Trevor. The mod was made as a promotional download for the Stockholm Pride a few years ago, but it's still brilliant in every way.

The Gravity Gun was by far the best thing about Half-Life 2 - physics engines were still a novelty back then, and it was a fantastic way to show them off - but more importantly, it was great fun. 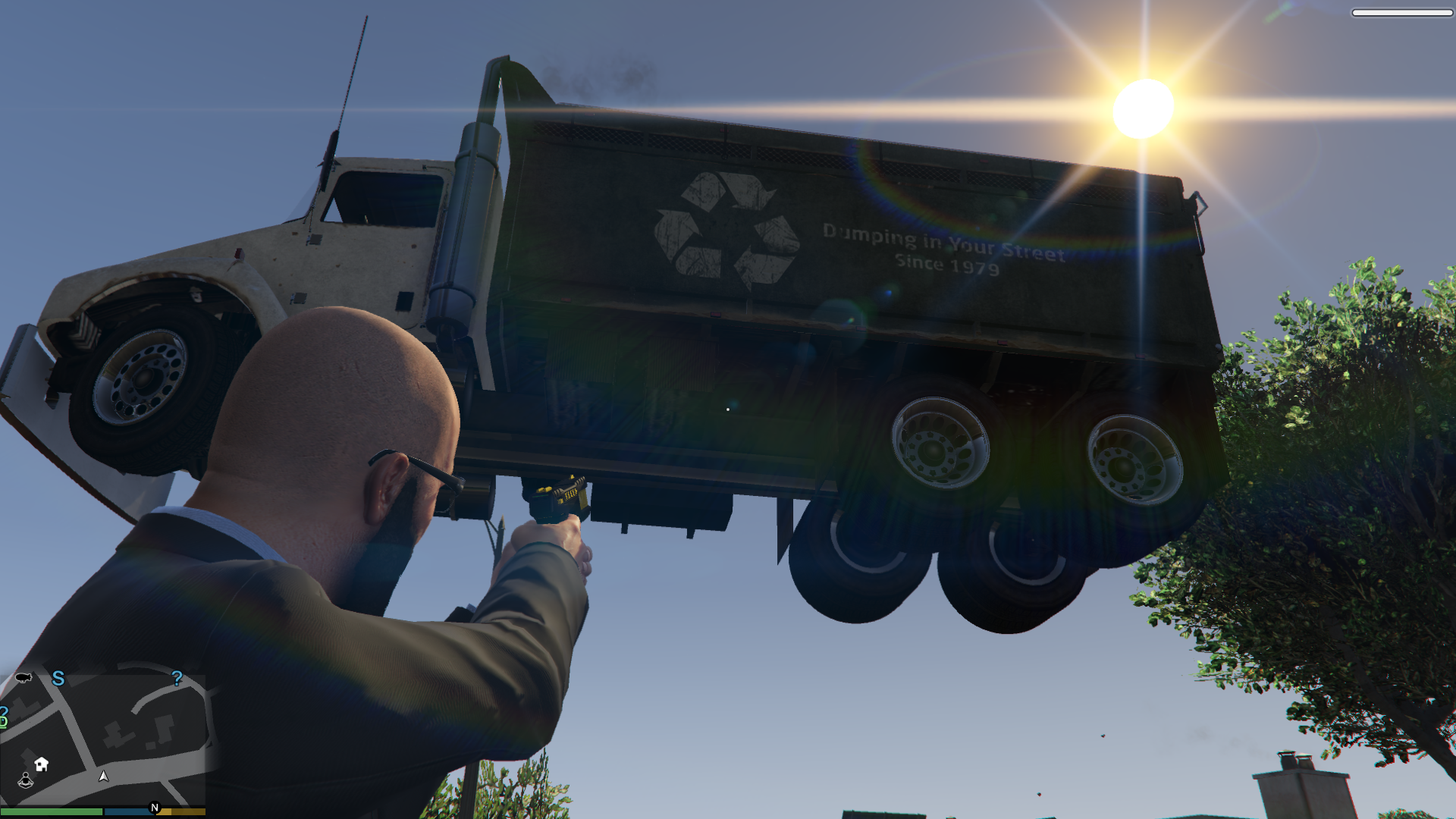 So why not bring the concept to GTA V? Well, this mod lets you do that, you can lift vehicles into the sky, and even launch them away just like in HL2. It's pretty useful for assembling some pretty exciting scenes, or just for launching an SUV into a massive crowd of NPCs. Whichever floats your boat. 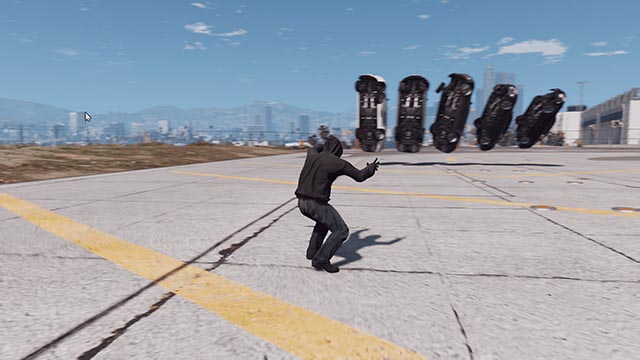 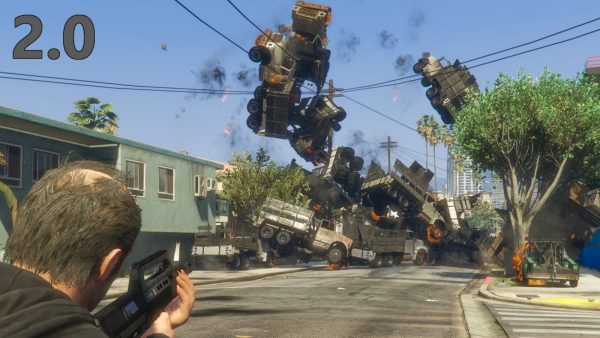 How a vehicle fits down the nozzle of a gun, I don't know. The results are pretty hilarious fun, though, and you can shoot anything you want out of it, from cars to giant army trucks. 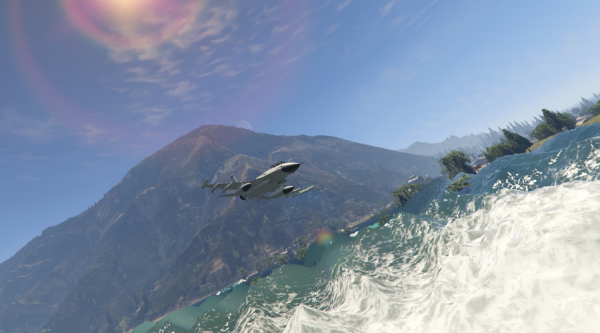 Comments on this Article
1 year ago by PC Game Pure

I love Mass Effect 3 Reaper Blimp and The Gravity Gun. it was a fantastic way to show them off - but more importantly, it was great fun.