Patron, a new survival city builder has been released on Steam. The game boasts an incredibly large research tree and an intricate social dynamic feature that separate it from the other city builder games. General happiness of citizens is what drives a lot of growth and development and player interaction in other city builder games, in Patrons case every single citizen has their own needs, desires and issues. These can range from immigration, religion, poverty, tax and generally how you are doing in building and managing their city. 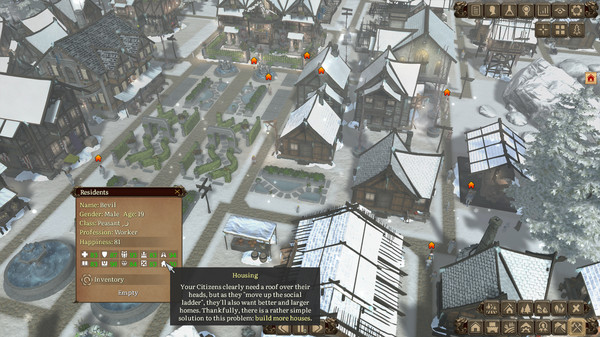 The game seems promising as you'll have to do a lot more than focus on the macro issues of your city and where things are placed, you'll be needing to get right down in the detail of each citizen and ensure their needs are tended to. You'll need to manage your citizens effectively in order to get as much as you can and you'll even have to adapt your building and working practices to the seasons. 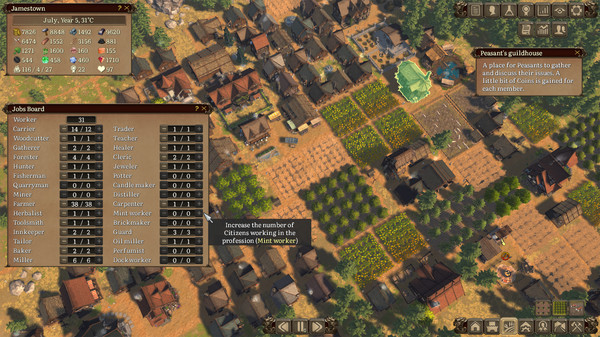 The game currently has a 10% discount which ends on the 17th August, check out the games Steam store page here.