I have to admit I really enjoyed my playthrough of Resident Evil Village over on our Twitch channel - even more so than VII - so it's not surprising to me that the game has proven hugely popular among fans. That popularity appears to be the trigger for new, additional DLC for the game that's now in development, according to Capcom. 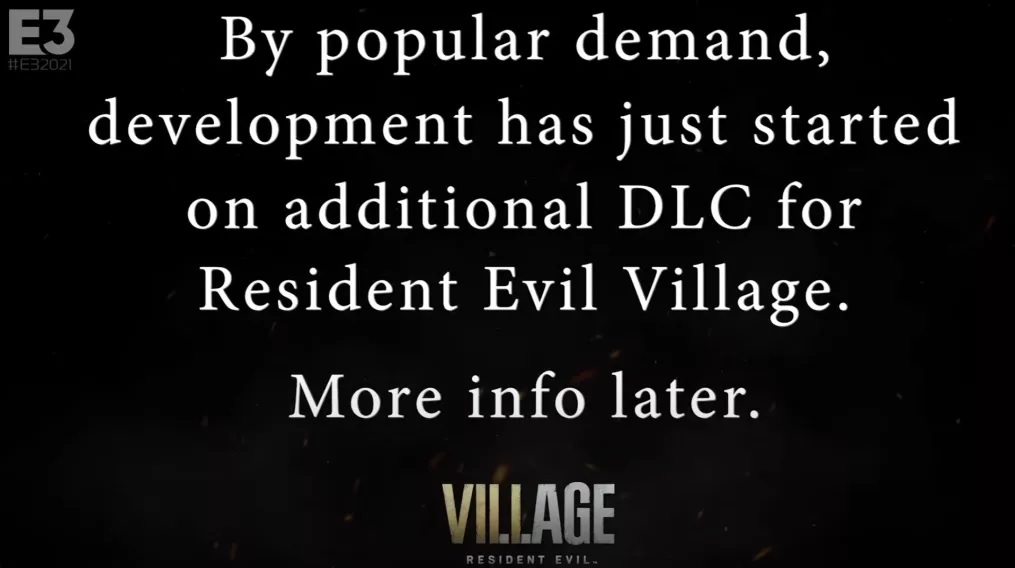 During their E3 2021 presentation, they confirmed that development has "just started" on new DLC for Village due to "popular demand." It did so on a rather bland looking black title card with a generic, serif-font, giving it a very last-minute vibe. How much of that was planned, I don't know.

Still, it's exciting to know even more Village content is on the way. In the mean time, Resident Evil's multiplayer entry, RE:Verse, is now set to arrive next month, after originally being delayed in April.