Skull and Bones has been in development limbo for as long as I can remember now. It was originally a reaction to the success of Assassin's Creed: Black Flag, and now we find ourselves in the fall of 2022, with Ubisoft apparently hanging their hat on it as its flagship (if you pardon the pun) release for this fall.

Despite all the delays and development problems the game apparently has suffered, it seems the release is now finally upon us, with the official system requirements now being revealed. If you were hoping to play this at 4K or on Ultra, then you may need to temper your expectations unless you're rocking the latest high-end hardware.

Still, this handy chart allows you to figure out what kind of hardware you'll need to run at the resolution and framerate you might be targeting. 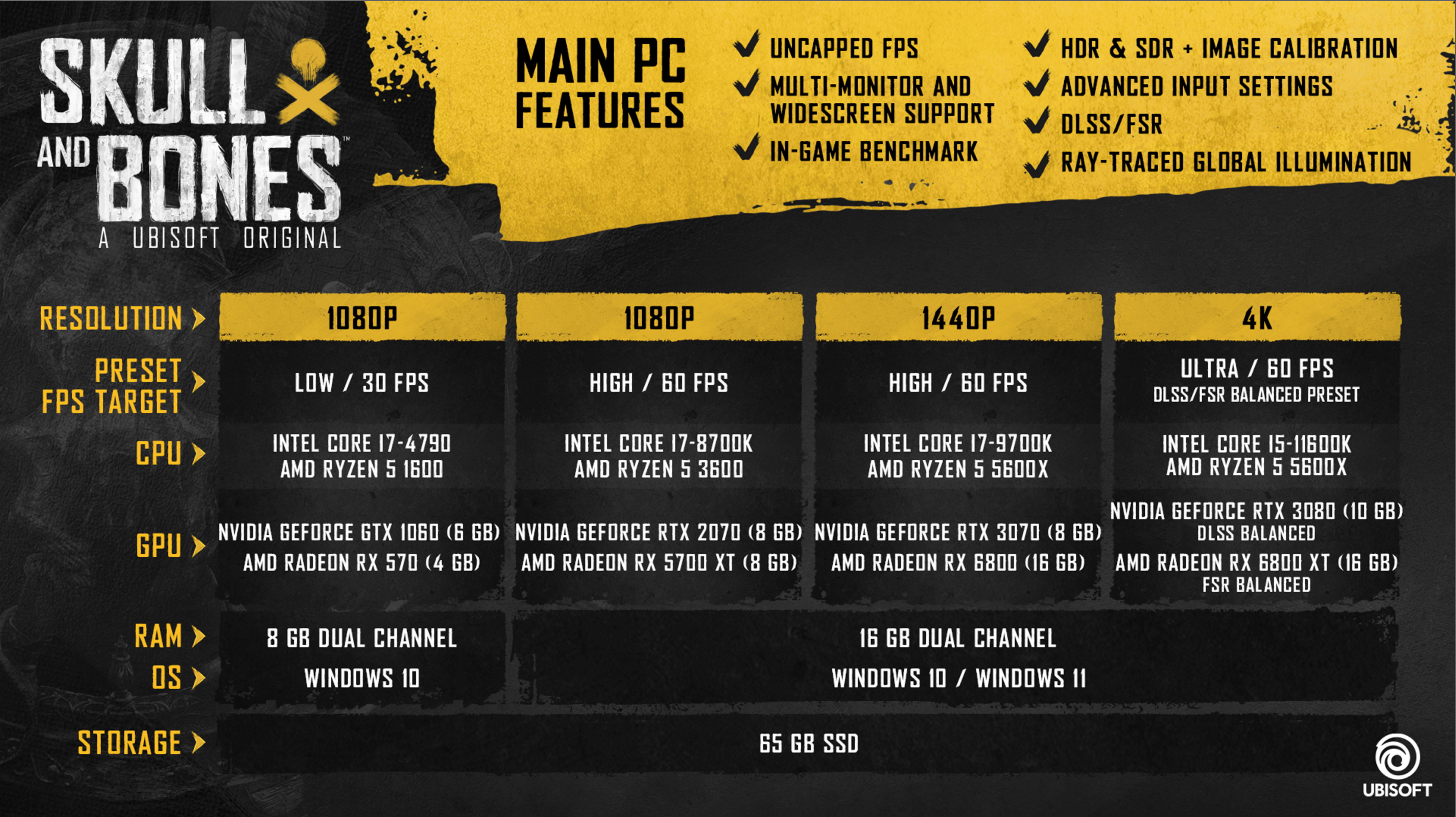 If you're playing on PC, you're also going to enjoy some additional benefits including;

There are a few other extras too including a benchmark and various extra graphics options, along with the ability to customize the control scheme to suit you.

Skull and Bones will be released on the 8th of November.