Two of the developers on The Elder Scrolls Arena and Daggerfall, Ted Paterson and Julian LeFay, have announced that their new studio, OnceLost Games, is working on a brand new RPG game named The Wayward Realms.

The new game will be a single-player open-world game that will have a fantasy theme, and be set on a group of 100 "realistically scaled" islands known as the Archipelago. Factions who inhabit the various islands vie for "influence and power," according to the game's announcement, and that the various Kingdoms "strive to maintain their dominance, upstarts seek to earn a place at the top, and dynasties set generational plots into motion. Should the player earn a position of prominence, they may change the course of history."

The game world promises to be "way bigger" than most games you can "think of," which is good news for people waiting patiently for The Elder Scrolls VI. Could this be the huge, open-world RPG to fill in the void while we wait? According to the blurb, there'll be thousands of NPCs to encounter, and a lot of varying locations to dive into and explore. 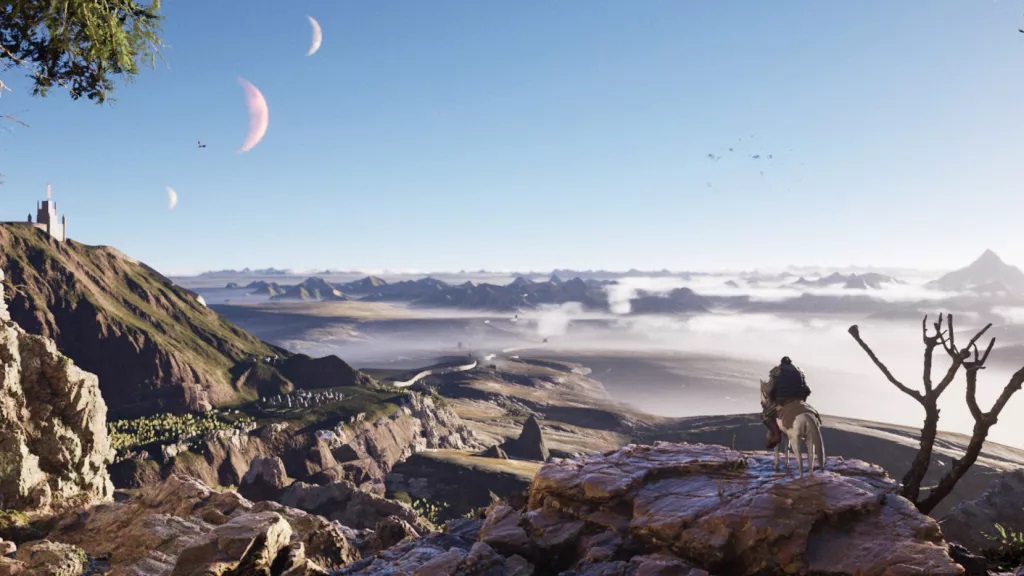 Interestingly, dynamic procedural generation will feature as a core component, meaning no two games will be quite the same. "Big cities with hundreds or thousands of NPCs, deep, dark, dangerous forests, gigantic mountain ranges, sprawling swamps and marshlands, vast oceans, and more, brought to life through dynamic, procedural generation."

In terms of gameplay, you'll be able to create your own players that won't be bound to a class, but will have "customized skills and abilities to craft your own spells, potions, and enchantments." The events of the game will be determined by a virtual "game master" of sorts, who will act differently depending on how you play the game and the actions you take. "World events have very different effects in the life of a socializing aristocrat, a thief entrenched in underworld conspiracies, a scholar collecting ancient artifacts, or whatever role you craft for yourself."

It certainly sounds like an ambitious project, although from a studio that has yet to prove themselves at this scale, it's hard to know exactly how many of these features are purely hype-train and how many will feature in the final shipping game. Still, from the blurb, I'm pretty excited to learn more.