Published by FileTrekker 10 months ago , last updated 9 months ago

If there's one object on your desk you'll interact with more than anything else, perhaps apart from the mouse, it's the keyboard. It's the fundamental way of you getting input into the computer, and for gamers, a decent keyboard is critical.

As such, we've rounded up what we feel are the five best choices for gaming keyboards available right now. We'll be covering mice specifically in a later article, but for this list, we're focusing purely on keyboards. So, without further ado, here's our list;

Okay, this is the first and only wireless keyboard on this list, and I know it's a polarizing subject, but I wanted to include one for those who perhaps value a wire-free environment, much like myself. I understand that anything wireless opens itself up to lag, interference and other problems, but this keyboard does a really good job of dealing with those issues. 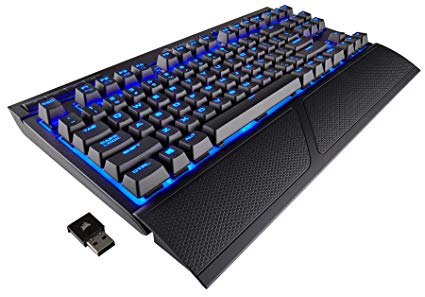 If you were going to go wireless, it's the only choice you can and should make when it comes to gaming, though. It's Cherry MX Red switches ensure this is an excellent typing experience, and it even comes with all the usual bells and whistles you expect from a gaming keyboard such as RGB lighting and extra buttons and switches.

It's great for gaming at any distance, too, and the response times, wireless reliability and general performance are almost as good as it's wired counterpart, which at just $89.99 is quite impressive.

Next on our list is an excellent keyboard from Alienware, and surprisingly it's actually pretty good value for money, too. The Pro AW768 is a pretty strong contender, with mechanical keys (although not Cherry switches as far as we can tell) and being built of very sturdy materials. 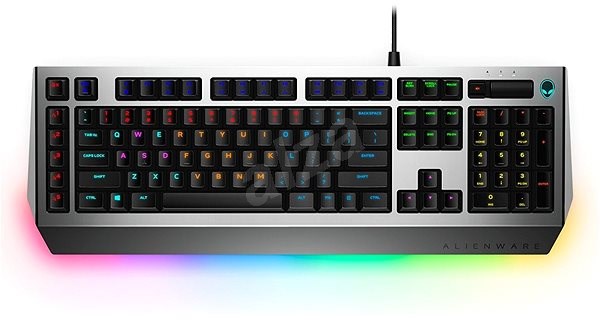 While it's not the most feature-packed keyboard even on this list, it does have some macro keys and looks really nice, along with the obligatory RGB lighting. The best news is, as I hinted at earlier, the price, at under $100, it's really not bad value for money.

It wasn't going to be long before Razer made the list, as I am sure you all expected, and the Huntsman Elie is a fantastic product. It has some unique optomechanical switches that basically combine traditional mechanical keys with optical sensors to create a super-fast response time along with that satisfying clicky feeling. 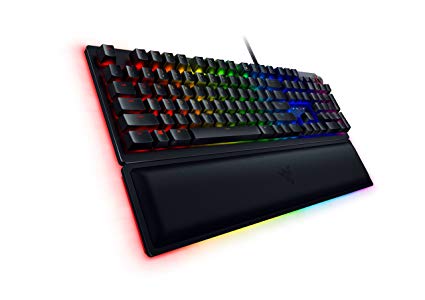 It's also really comfortable to use, one of the most comfortable, with a fantastic palm rest and ergonomic layout. Of course, it has all the usual RGB and other enhanced gaming features, but on the downside, you'll need TWO USB ports just to power the thing, and the price is also a little steep currently at around $190.

This keyboard looks phenomenal and is really comfortable to use, which are two really strong qualities in a keyboard. It's no slouch when it comes to performance either, though, and despite using it's own Titan switches rather than Cherry MX, they're still really fantastic switches that you'll be pleased and proud to use. 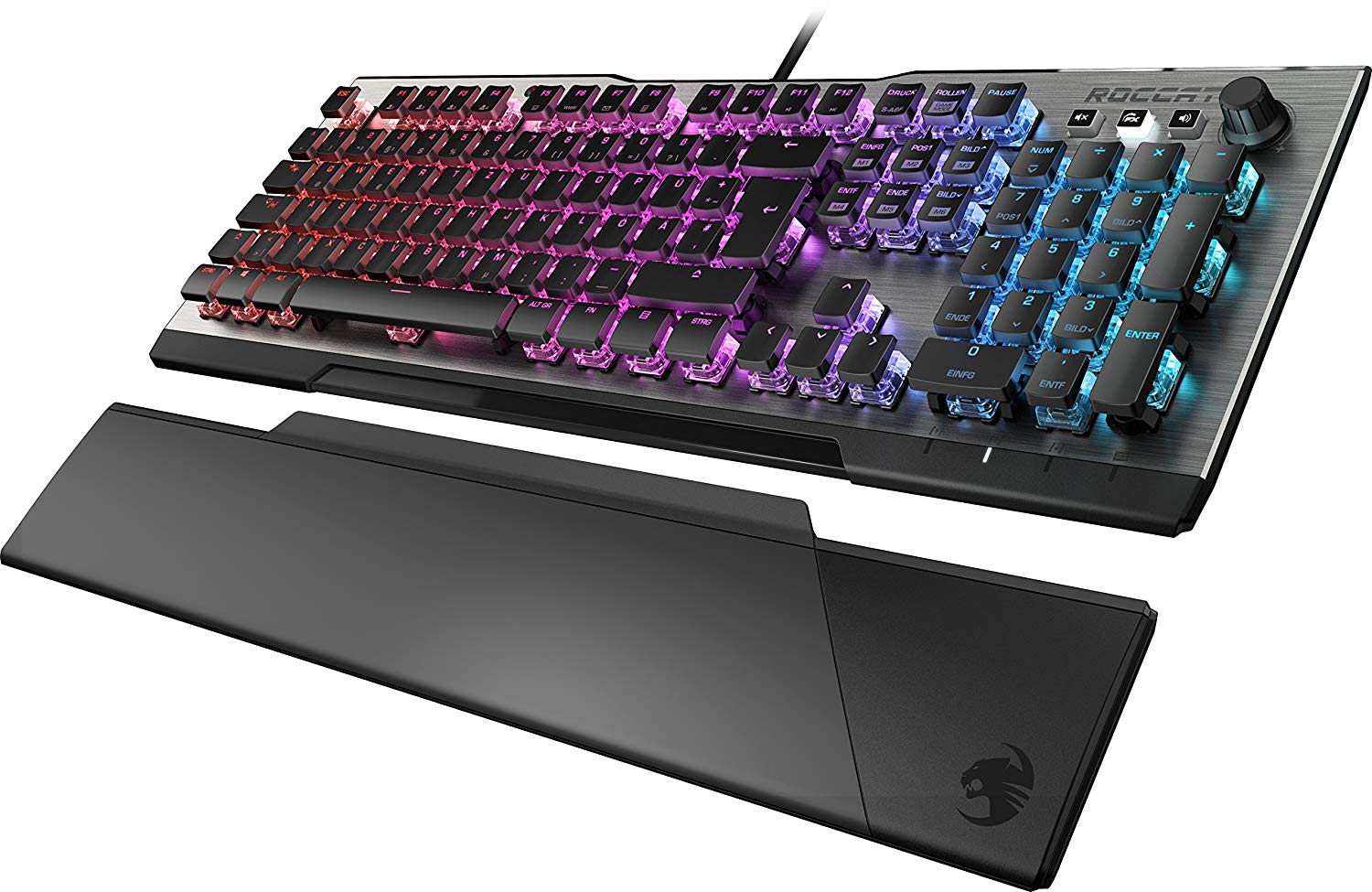 The keys are a little quieter than a Cherry switch, which depending on your viewpoint may not be a bad thing, but they perform just as well, and along with the great tactile feedback and usual RGB goodness, this is a pretty good choice at just $149

The SteelSeries Apex Pro has some features that just make it that little cut above the others on this list, key of which is it's unique OLED display which allows you to set a custom background image, as well as provide useful functions in the future for games that support it, such as additional in-game information. 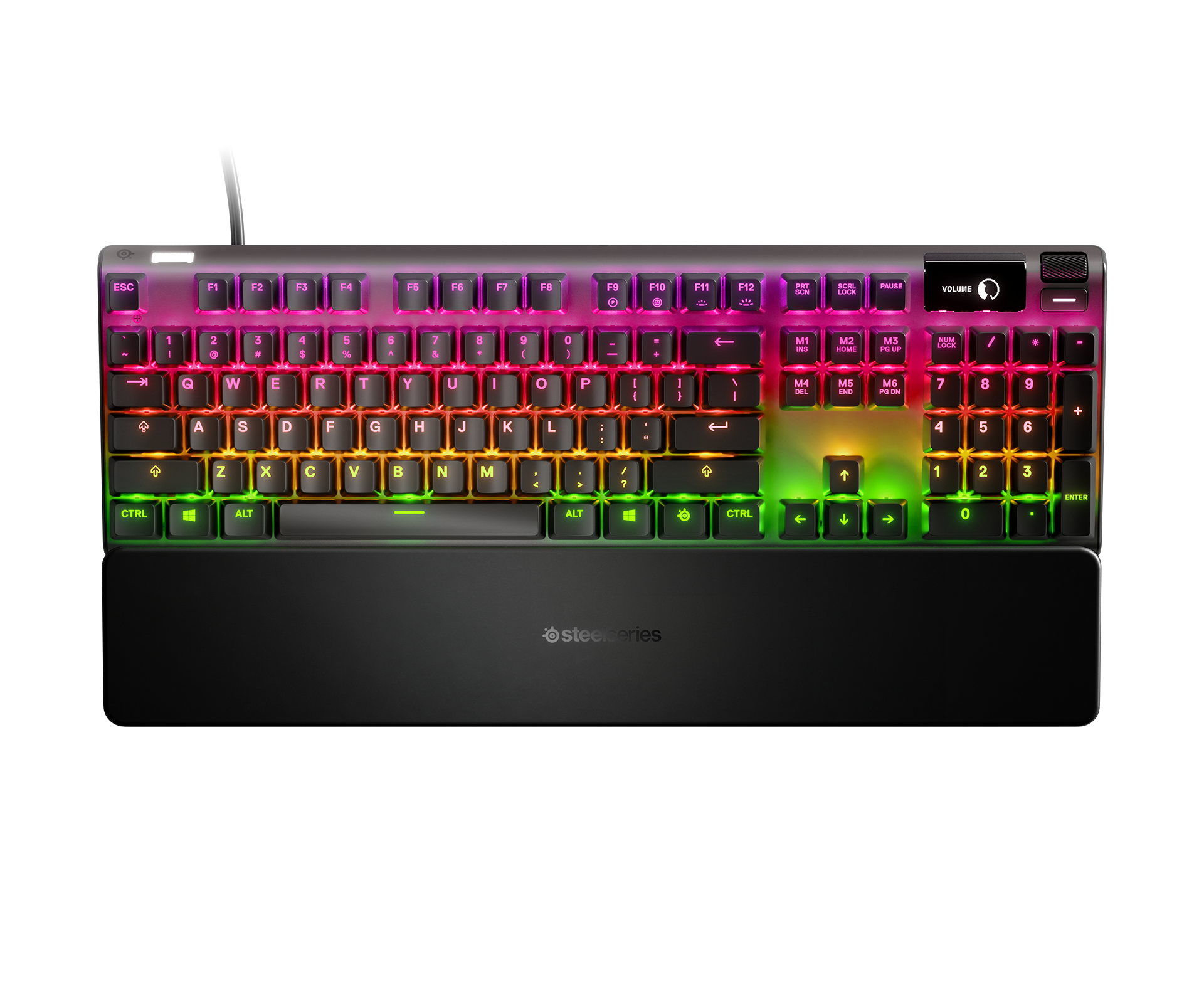 The keyboard itself is super functional though, in addition to the usual RGB nonsense is a USB passthrough, which is really super handy to have, and it's even illuminated so you can easily plug in memory sticks in the dark. The keys, comfort and build quality are of course all top notch too, and with it's unique magnetic switches, it's easily the best performance keyboard on this list.

The problem? It's a cool $199 to buy right now, but you're getting an awful lot of keyboard for your buck at that price.

And that's our list, do you agree with our choices? Let us know down below which gaming keyboard you use!