The developer team at Total War: Rome Remastered have released patch 2.0.2 which brings some huge improves to the user interface, AI changes, audio fixes, modding enablers and some quality improvements.

To begin with there are host of changes to enable modders to do more with their mods, for example reputation and relationship bonuses are now moddable, you can now mod the graphics settings and you can set the classic or remastered toggles as forced for your mod. They've also totally opened up the resources and models to make it unlimited and editable as well as AI personalities especially if you are creating a more historical mod. The team have also worked on the scripting and logging elements of the files so you can get as much for your mod as possible.

The user interface in the campaign map has seen a host of changes such as adding the functionality to rename settlements, being able to change tax rates from the settlement overview list, added the projected income above the minimap, added a turn income value to settlement labels which can be disabled, and they've tidied up areas of the campaign where long settlement names would overlap with each other. The team have provided a screenshot of the changes in effect below 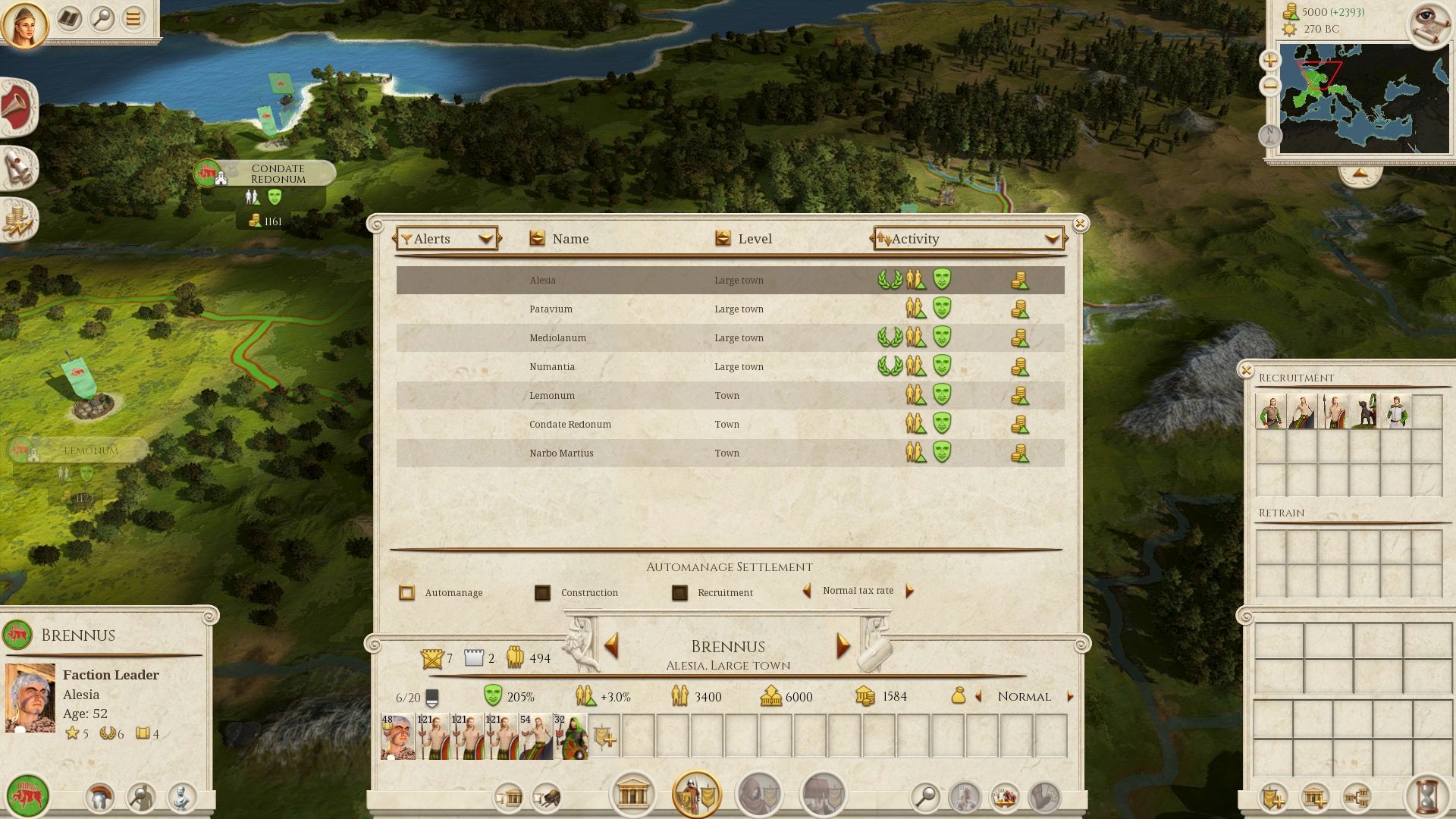 The in battle user interface has been updated with unit weapon and armour upgrade icons to the unit cards and the firing arc length is now rendered correctly on water.

There are so many improvability changes to the game to make it far smoother to play and the changes made have gone above just the general bug fixes and general balancing so kudos to the team for giving us not just the fixes but the improvements too!

Check out the full changes here.