Rick May, the voice actor who played the role of the Solider in Valve's Team Fortress 2, sadly passed away last month at the age of 79 due to complications of COVID-19.

The news was reported by the Rekindle School for acting and film in Seattle, where May worked as a teacher. May was recovering from a stroke when he contracted COVID-19, which is believed to have a contributory factor.

Team Fortress 2 has now included a tribute to May within the game, with each map now featuring a statue dedicated to him, with the inscription "That was a hell of a campaign son!" underneath. 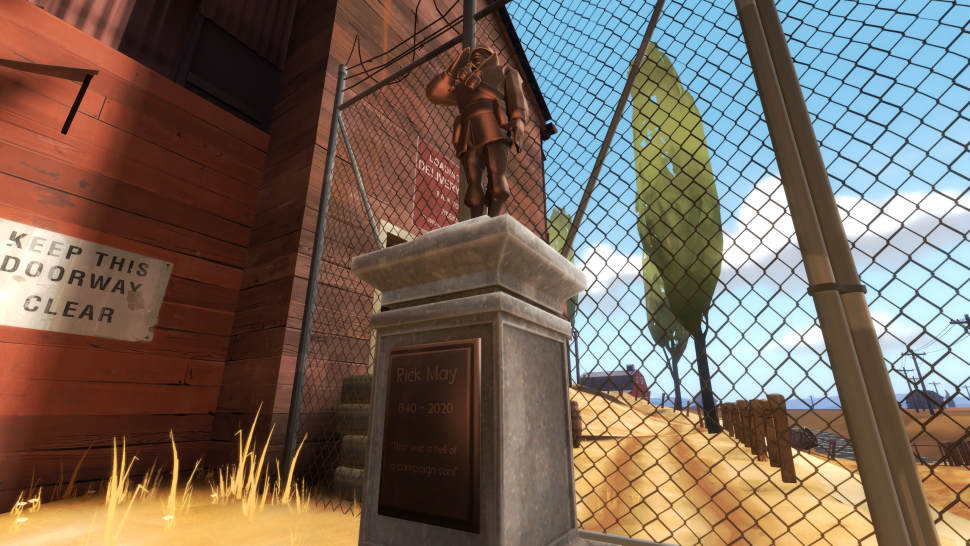 It's a lovely thing to do, and I'm really happy to see Valve have gone out of their way to make this happen. May's death hit the TF2 community hard with tributes pouring in from across the gaming industry.

Apart from Team Fortress 2, May also featured in games such as Age of Empires 2: Definitive Edition, Honor Among Thieves, and Star Fox 64.

Outside of video gaming, he served as the artistic director of the Renton Civic Theater and Civic Light Opera, directing hundreds of shows over the hears including The Odd COuple, Fiddler on the Roof, and Death of a Salesman.