Valve has become almost infamous at this point for being "one-and-done" with its hardware products. Everything from the Steam Machine to controllers, and even (as of now) the SteamVR headset, have never seen a second-generation product come to market - and given the huge popularity of their latest endeavor, the Steam Deck, some fans are worried that Valve may simply drop the platform and move on.

The good news is, at least for now, that Valve does seemingly have plans to release newer versions of the Steam Deck in the future, with more powerful hardware and improvements to the SteamOS platform. The details were found in an ebook published for Asian markets, where valve talks about its plans for the future, under the title of The Future: more Steam Decks, more SteamOS. 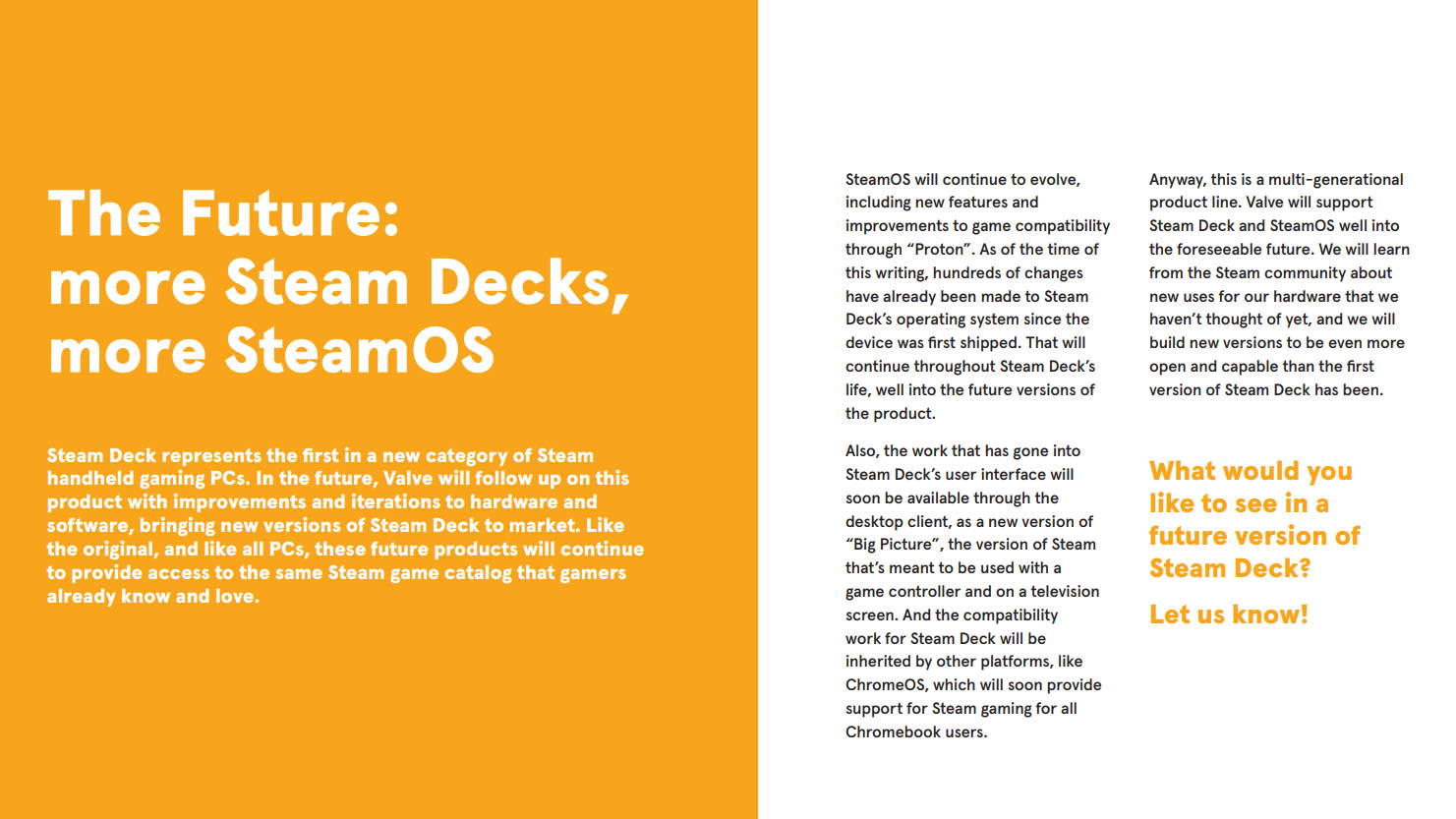 Valve states in the document that they "will follow up on this product with improvements and iterations to hardware and software, bringing new versions of Steam Deck to market. This is a multi-generational product line. Valve will support Steam Deck and SteamOS well into the foreseeable future. We will learn from the Steam community about new uses for our hardware that we haven’t thought of yet, and we will build new versions to be even more open and capable than the first version of Steam Deck has been."

It seems then that Valve is committed to the Steam Deck, at least right now - and it's easy to see why. The Steam Deck seems to have been the most successful product launch that the company has had to date, and the company has stated in the past that its previous hardware efforts have all culminated in this product. At a minimum, we should hopefully see some good quality of life improvements to SteamOS through the lifetime of the device.