Not that anyone has an RTX 3080, but if you did, you'll be one of the lucky few to enjoy the "Ultra" setting of Watch Dogs Legion, according to Ubisoft.

The system requirements have now been revised to suggest that gamers looking to play on ultra are going to need at least an RTX 3080 GPU. You'll probably still get away with a last-gen RTX 2080 Ti, though it remains to be seen how the game will perform in real-world benchmarks. 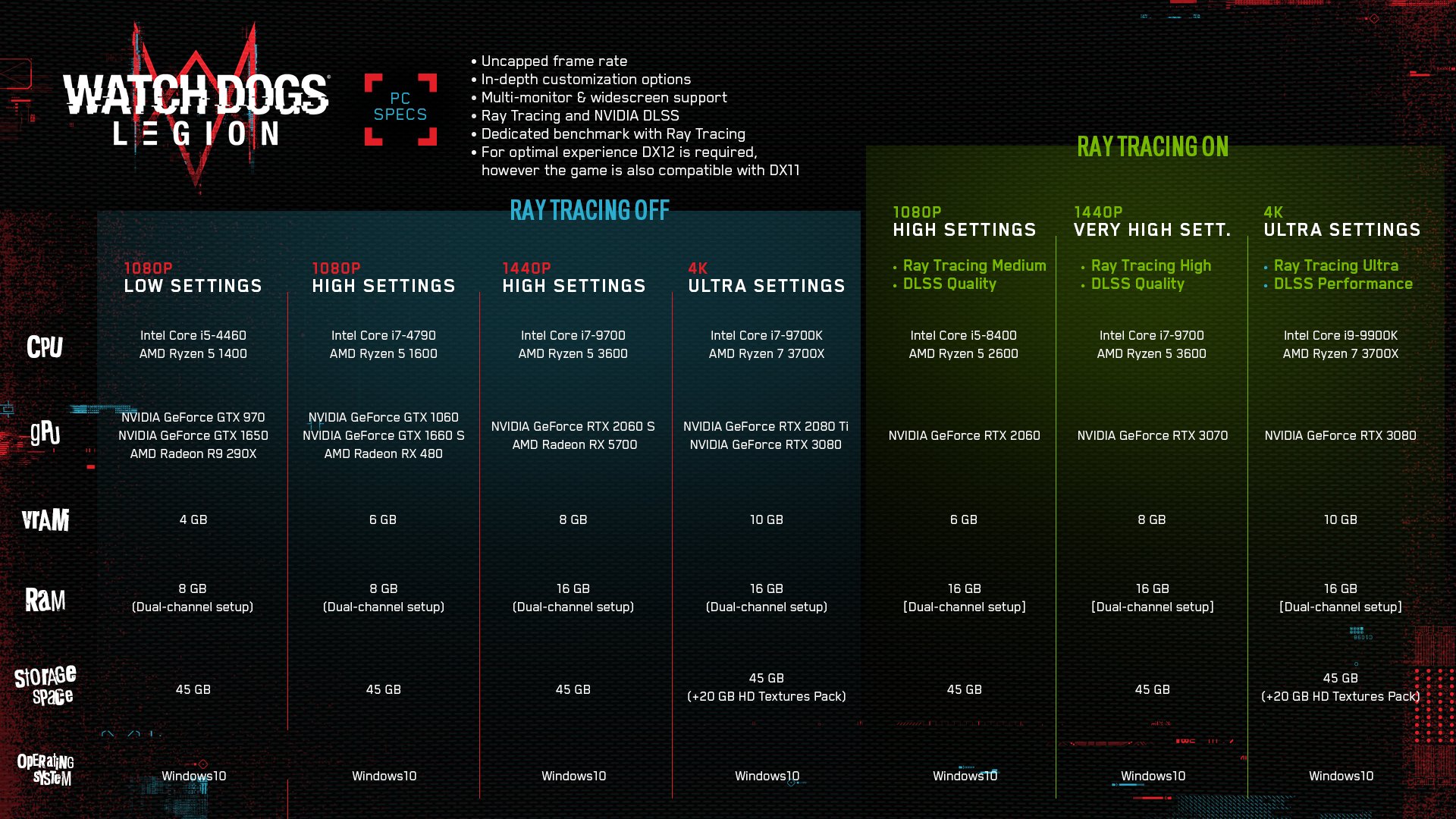 Ubisoft also released the above table which helps you see what you'll be able to expect from different resolutions and settings, with and without ray tracing. Indeed, if that matters to you, then a 3080 is what you're going to need.

At other settings levels though, previous-generation cards seem like they'll be up to the task, on the whole. There have been bumps across the board though, with even the low settings now requiring a GTX 970, as opposed to the GTX 960 as previously suggested.

We don't have long to wait to get our hands on Watch Dogs Legion, which releases on October 29th, but you might just be waiting a little longer for that RTX 3080 GPU.