Guild Wars 2 is going to be getting a load of updates during the Autumn and Winter for players to look forward to, the content just seems to keep on rolling! 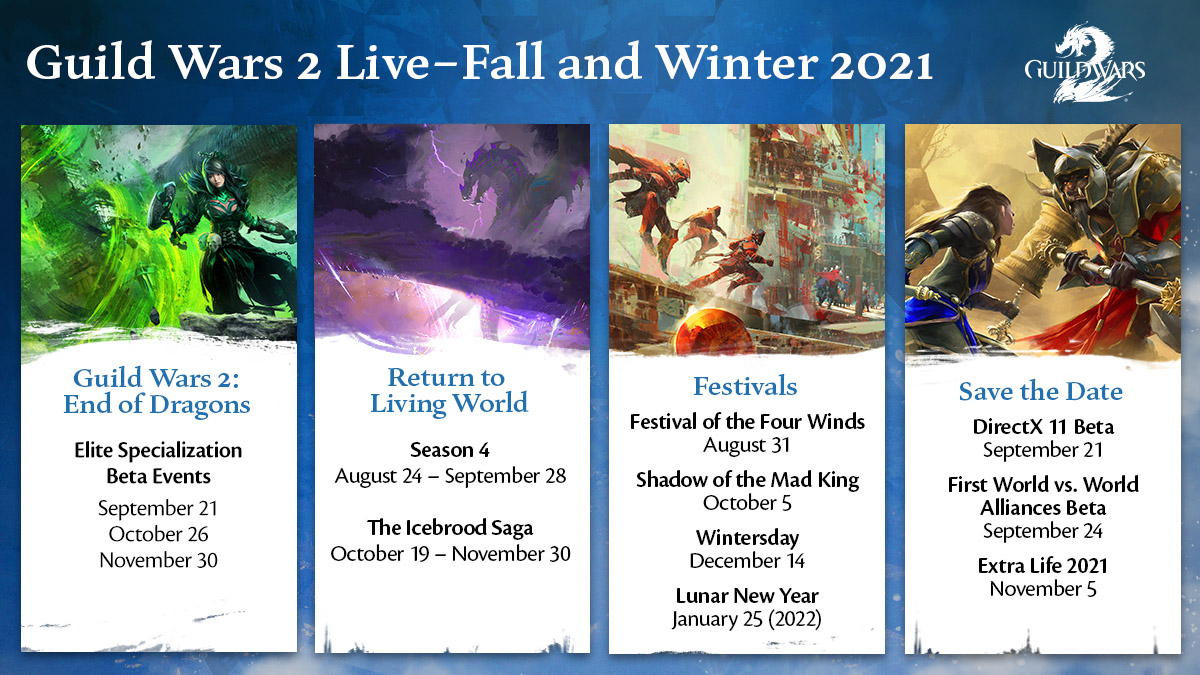 This week players will face the first episode of Season 4 "Daybreak" in the Living World and an episode will be released each week in September.

Much needed World vs World restructuring is in full swing with the changes looking to be tested in a beta on 24 September with some substantial updates to server infrastructure being rolled out on 31 August. Players should not notice anything as these changes take place in the live environment. An update will be on the way soon to find out the full details of the World vs World changes in early September.

Don't forget festivals too in the midst of all these updates such as Halloween, Wintersday and Lunar New Year as well as the bonus events for World vs World and Season 20 of PvP.

With so much content on the horizon it's going to be a busy time for the developer team but also players too! Before you log back in to Guild Wars 2 check out the expansion trailer below:

Check out the full details of all the changes posted above here.