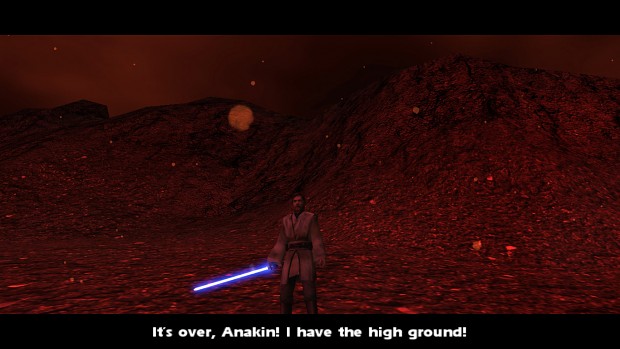 An original mod made by Wector stormed the Jedi Academy game by allowing players to fight out their favourite battles shown in the films, the new team have re-mastered the original mod and developed it even further. There are so many duels to choose from and play through in this mod and if you're looking for a Tekken style prompt sheet for all your moves the mod that put in a "Datapad" so you can give yourself a quick tutorial in how to come up with those killer moves.

The mod has also updated the animations to look smoother and more aligned to the characters movements. In The Force Awakens we see Kylo Ren use a force freeze on items or people when bullets are coming at him shot from Poe at the beginning and when Rey is about to shoot at him, well the developers have included that too in the mod:

So why not whip out Star Wars: Jedi Academy again, and download the all in one installer for this great mod to let you change the course of Star Wars history here.

Comments on this Article
3 years ago by Chris Evans