Feral Interactive have announced that Rome Total War: Barbarian Invasion has been released on iPad with an iPhone and Android release soon to follow. 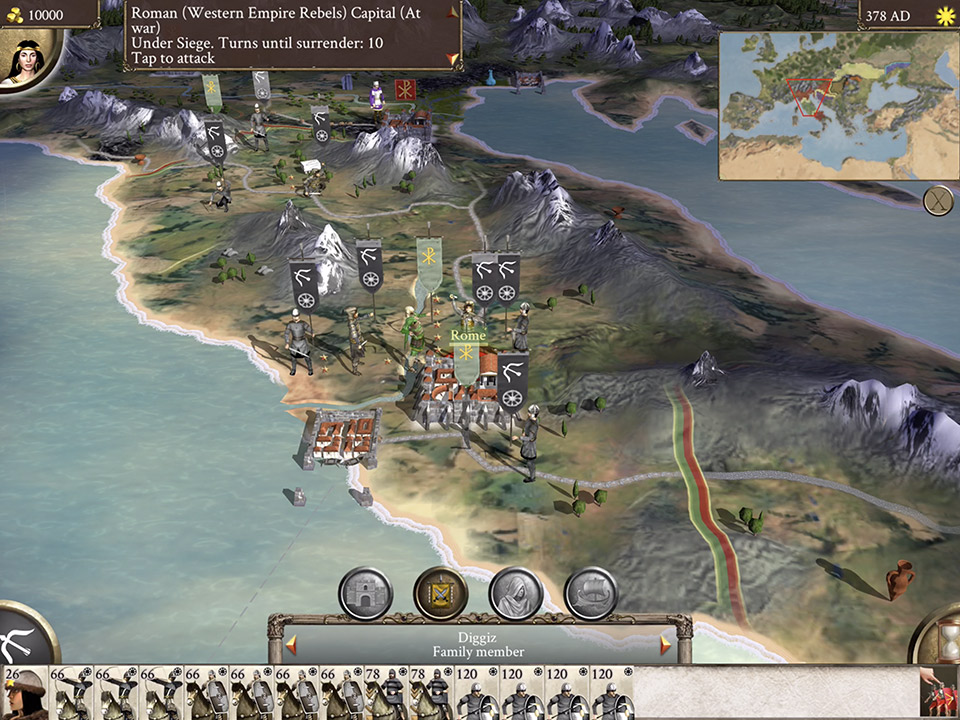 The developer has got fantastic reviews for the release of the original Rome Total War on tablets and phones, they'e put an incredible amount of work into it and it isn't just a PC port, they've had to re-work the game and control dynamics to suit tablets and phones which for an RTS game as complex as Total War games is difficult enough. The campaign map screenshot above shows Rome about to be sacked in a campaign on Barbarian Invasion. You can see the intricacies of how the control dynamics have changed in the screenshot below showing a clear movement pattern for the cavalry on the bottom right of the formation and an attack order to the infrantry in the front left of the formation. The old unit actions are back too with icons you will remember from the original like run, halt, guard mode, rally, loose formation, and so on so forth. 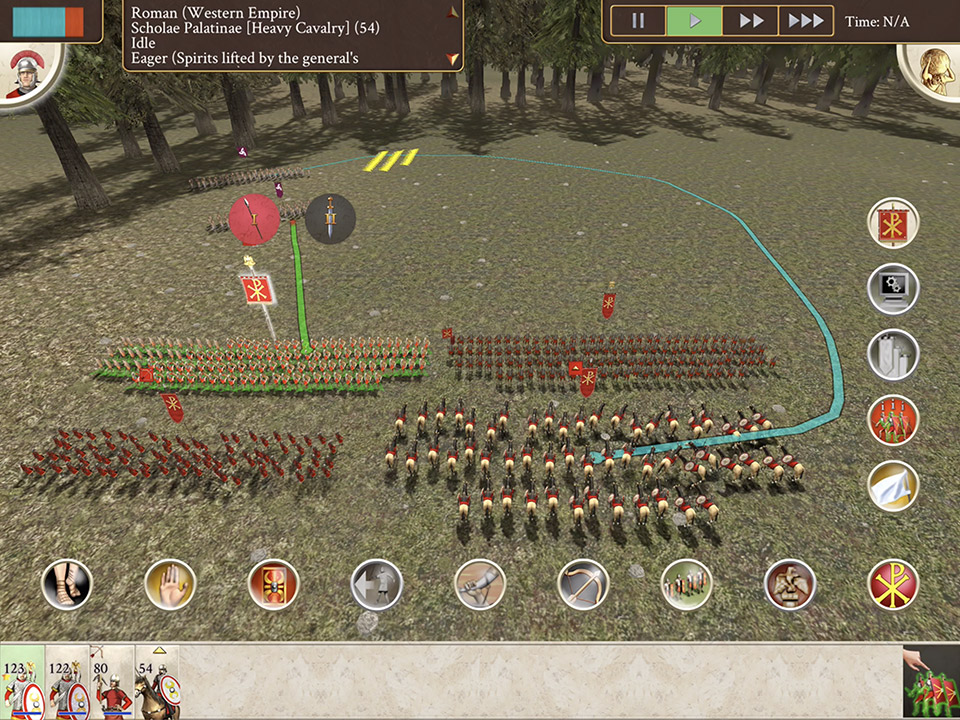 The unit details and textures look pretty good as well for a tablet game, we need to remember that tablets like iPads and other top of the range android ones have similar processing power to the old recommended PC spec requirements when this game was released well over a decade ago now. So when these older games are made available for tablets you can bet they're going to be decent, the only thing holding people back are the control mechanisms and I can hand on heart say the dynamics aren't as a bad as you may think, they're actually pretty handy at times (ignore the pun). Feral Interactive have even built an entire page dedicated to the control mechanisms which you can view here. 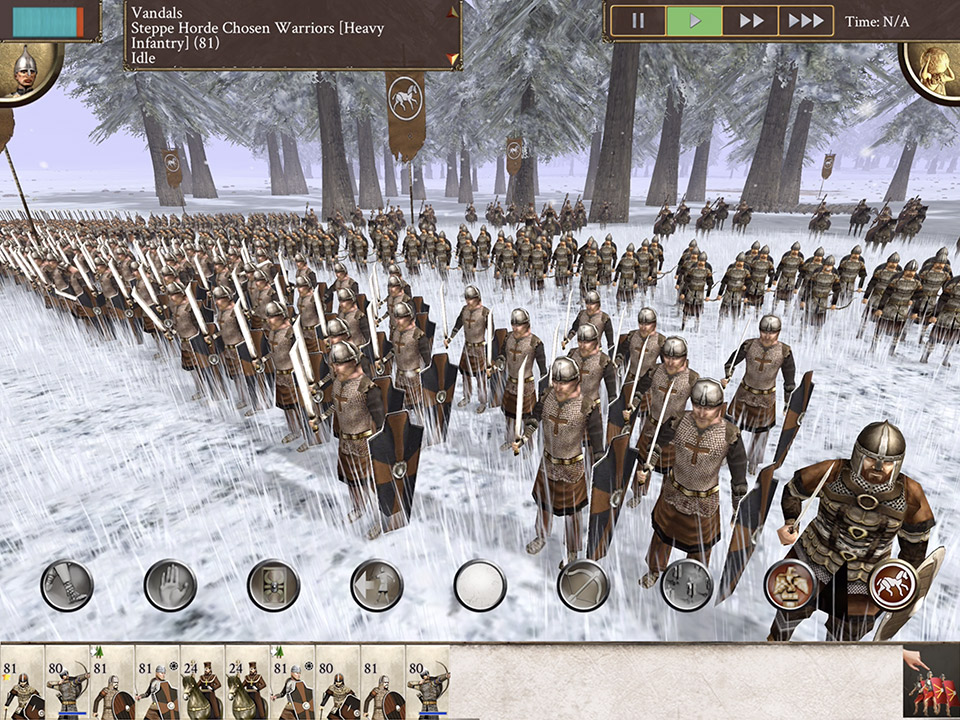 If you want more information and want to check out the original Rome Total War and both of the expansions they have out on iPad at the moment which are Barbarian Invasion and Alexander head on over to the Feral Interactive page here, more release announcements about Android devices will be released shortly but be sure to check out the requirements page here to see if your tablet meets the requirements to play the game.