The Thrawns Revenge development team have been hard at work on their three mods, one for Sins of a Solar Empire which is their Ascendancy mod, and two for Forces of Corruption which are Imperial Civil War, and now Fall of the Republic. If you haven't already read our spotlight on their Imperial Civil War mod you can do so here, it won 4th place in the Players Choice Mod of the Year Awards 2018! 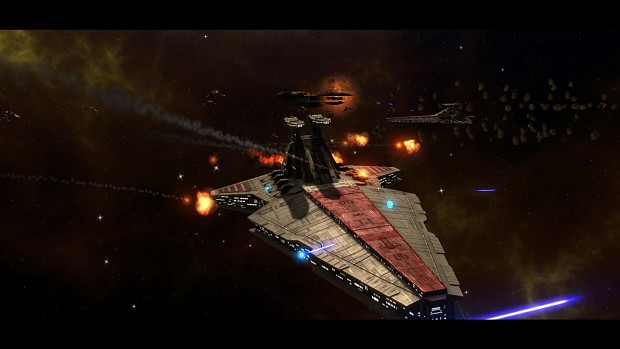 Fall of the Republic is the teams Clone Wars mod, that looks at bringing the Clone Wars to life using their expertise, knowledge and brilliant skills as we have seen in their other two mods. They've only been working on this mod a short time, roughly a year and a half which in quality mod years is hardly anything but they have done some amazing work already on the models, skins and textures as you can see in the screenshots provided and also in their Mod DB gallery. 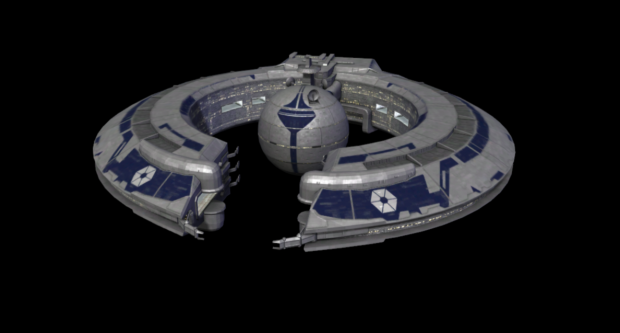 The main talking points so far have been the introduction of the Clone Wars era heroes to the mod, they each have their own ships according to appropriate lore and you can check out the CIS heroes here and the Republic heroes here. In terms of heroes for the CIS you can have Count Dooku roaming around your ground maps causing the Republic clone soldiers to flee in panic, whilst General Grievous leads your space assault all over the galaxy in the Malevolence, for those of you who watched Star Wars: Clone Wars will know the destructive power the ship could have, but also how amazingly terrifying it was. We know the team have the skills to make the Malevolence as it was in the Clone Wars show, and probably even better so watch this space. Other heroes of the CIS that you may know of are Assaj Ventress the Sith Assassin and Nute Gunray who appeared in Episode I trying to kill Obi-Wan Kenobi and Qui-Gon Jinn at the beginning of the movie. 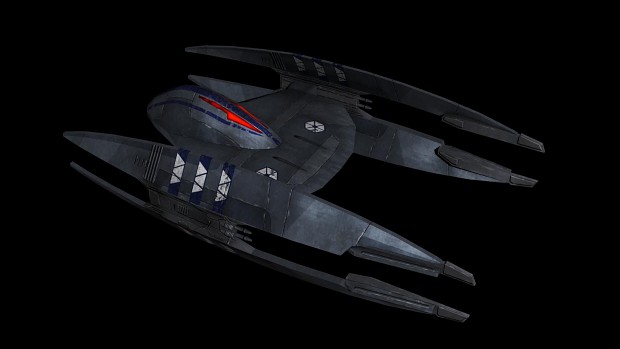 The Republic heroes as you can imagine feature a lot of Jedi in them ranging from Yoda, Mace Windu, Anakin Skywalker and Master Plo Koon. The faction also has Admiral Yularen who works with Anakin in the Clone Wars show, as well as Tarkin (remember he isn't the Grand Moff yet that we know him to be) and a special mention for Gilad Pallaeon. Pallaeon becomes a Captain working for Grand Admiral Thrawn on the Chimera in Timothy Zahn's novels. Thrawn is one of my favourite characters in the entire Star Wars franchise and the Zahn's novels are too so capturing some of the characters into these mods always gets my vote! I for one would love to play as the Republic, but the thought of using the Malevolence just wins me over that little bit more!

The mod has also focused the heroes on characters that play a bigger role in the storyline after the Battle of Endor and are featured in their other mod Imperial Civil War - this is a brilliant touch and makes players feel a real connection between the mods and also the lore.

Watching some of the videos that the team have posted this mod certainly looks promising, looking at the smoothness of gameplay, the characteristics of the heroes altering your gameplay style in order to make as much use of them as possible and the magnificne models and textures created to give you the feeling that you're the Admiral taking charge of your fleet or troops to win the Clone War. I'm sure the team are really enjoying and relishing their chance to work on the Clone Wars era, a real hive of warring all over the galaxy with all the extra units and heroes to fit in to the gameplay must be difficult but as they did in their two other mods they will make sure they're all balanced and fit perfectly. This is certainly a mod to keep an eye out for and something that all of us at GameFront will be certainly doing.

Make sure you keep tuned in  Corey Loses YouTube because he regularly updates his channel with previews, mod updates and walkthroughs of his mods which just makes you want to fast forward time until the release of his mods, check out his latest video on the Republic at War mod campaign featuring himself as the Republic below:

Keep in tune with the mod by visiting the its Mod DB page here and join their discord channel too to get involved in the discussion.