The second Empire at War: Forces of Corruption mod in the top 10 of the Players Choice Mod of the Year Awards coming in at 4th place is a fantastic achievement for a team that works so hard producing quality and consistent updates.

This mod focuses on the era from Emperor Palpatines death at the Battle of Endor to the signing of the Pallaeon-Gavrisom treaty. If you’re wondering why the mod is titled the “Imperial Civil War” it’s because upon Palpatines death and Empires major defeat at Endor, the Empire started to fall apart and different factions were formed within the Empire as their Moffs and other leaders looked to consolidate their own forces to protect themselves. Also, a one Grand Admiral Thrawn, one of the franchise most loved characters that does not appear in the movies is present in the mod and you can play with his faction Empire of the Hand and lead his flagship The Chimera into battle. 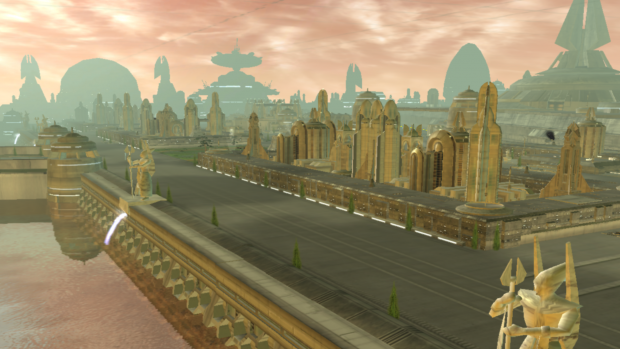 The era based technology progression system allows the players to move with the times of the campaign and build up their technology together, this in a sense brings balance to you and the AI so you can play at an equal footing. The AI of course has had major development work to it, the majority of Empire at War mods do look to re-work the AI but with the amount of new ships and gameplay mechanics this truly has been a great feature of this mod. Let’s also not forget about the marvellous work the team have done with the textures, models and skins for the mod, the sheer level of detail in each unit is mesmerising and you just have to sit and appreciate the hard work that has gone into it.

I’m a massive Empire fan, so I judge the level of details on the models and textures by looking at Star Destroyers or larger ships, the Mon Calamari ships designed brilliantly in this mod but who likes the Rebel scum anyway?! 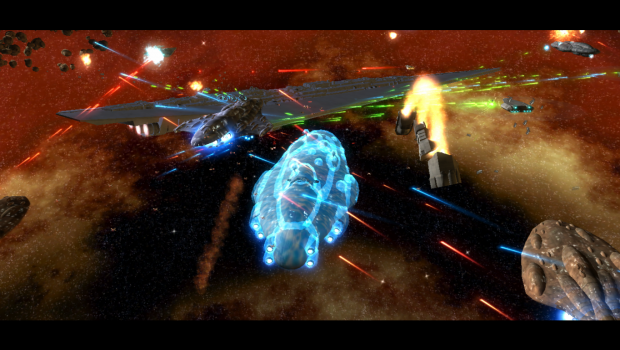 A new faction is coming in version 2.3 called the Corporate Sector Authority and you can watch the lead developer play through a preview of this:

I think the entire team here at GameFront would like to congratulate the Thrawns Revenge team on coming 4th in a hotly contested Mod of the Year Awards but also for making a such a brilliant mod and of course bringing the beloved Grand Admiral Thrawn into the Empire at War game in such a magnificent way. It’s v2.2.5 full release is available to download from Mod DB or on it’s Steam workshop page and we are told v2.3 is on the way, in the meantime get your juices flowing by following Corey Loses on YouTube and see below a preview walkthrough of a campaign on v2.3: