In the update Rise of Azshara Blizzard are releasing a new type of equipment called Benthic gear which you can earn as you adventure out in Nazjatar. You can earn the gear by collecring "Prismatic Manapearls" a currency that is soulbound which you can spend on those Benthic tokens and upgrades for the gear. 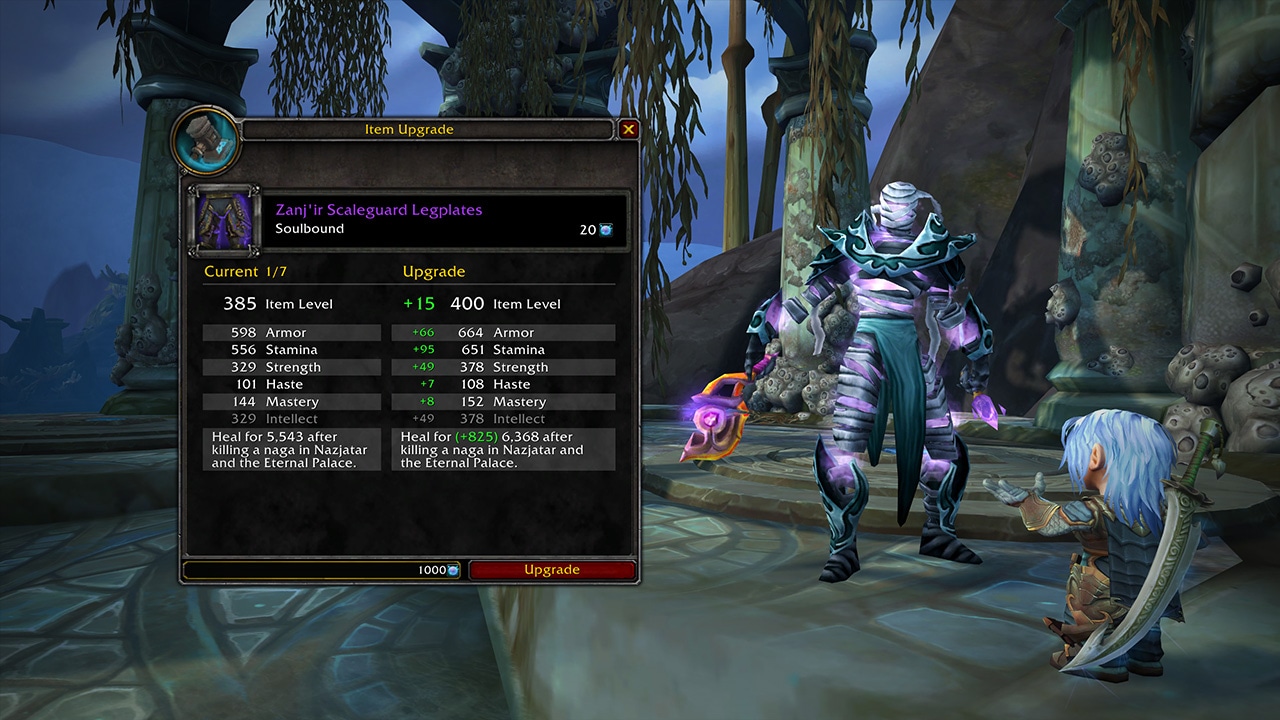 You'll be able to get your armour at an item level of 385 but as you collect those manapearls you can upgrade the armour up to level 425 which is just below Heroic level raid gear that currently stands at level 430. You can upgrade your armour by speaking to either Voidbender Zorlan in Newhome for Horde players or Voidinder Sturzah in Mexxamere for Alliance players.

If you're wondering why you need this armour, well each piece gives you a thematic bonus that applies in Nazjatar and will also assist you in the Azshara's Eternal Palace raid which is forthcoming. Bonuses can range from increasing your damage, slowing enemies, or even increasing mount speed.